Surprise Them With This Calf Slicer from Deep Half Guard 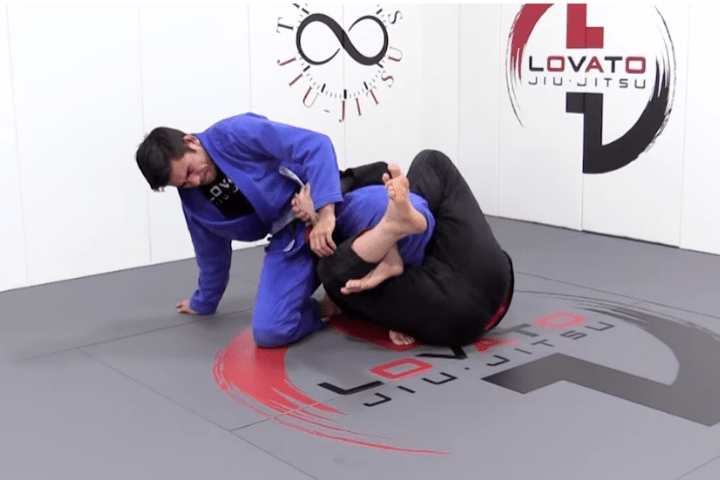 The Deep Half Guard is one of those Brazilian Jiu-Jitsu positions that is mostly used for sweeps, rather than for submissions. However, if you’re open-minded enough, you can turn the Deep Half into an extremely dangerous position for your opponents – who now won’t just be afraid of you earning points from sweeps, but also of getting submitted!
For example, you could set up this really sneaky and nasty Calf Slicer… Which’ll take them by complete surprise.

To begin with this Calf Slicer setup, you’ll first “faint” going for a sweep. Niles goes to what he calls “a back door”, seemingly setting up a sweep against his training partner. Simultaneously, he uses his Deep Half Guard’s top leg to “kick” and elevate the partner’s leg into air; all the while he uses his bottom leg as a post.
This is where the things will get worse for your opponent. After the “kick”, Niles drops his top leg’s foot to the back of his training partner’s knee, while at the same time scissoring back his bottom leg.

This will create a natural bend in your opponent’s knee. From here, just use your bottom leg to lock up a Triangle on your top foot. Then, clasp the opponent’s hip while simultaneously driving your own hips up and driving your shin into their knee.
All of this combined will make up for a rather nasty Calf Slicer. Check out how to do it in more details on the video below: