SUG 8 Results: Triumph Of The Grappler Over the MMA Fighter Grappling 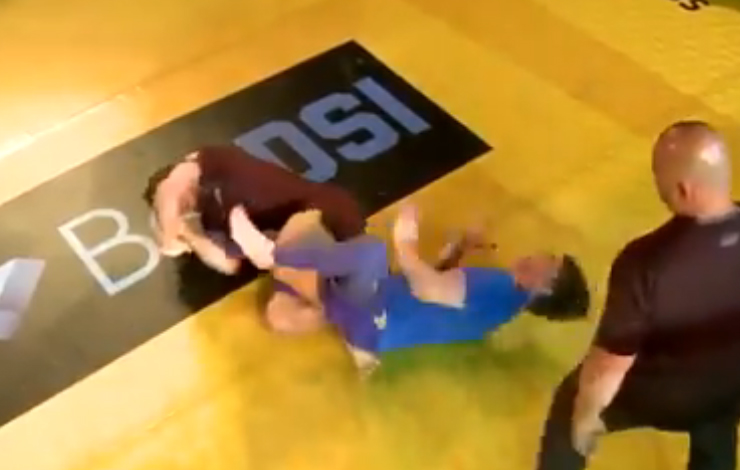 Submission Underground has had an interesting streak. The Chael Sonnen promotion was matching A level MMA fighters with great grapplers. However the event that signified their return to mainstream, having penned a deal with UFC Fight pass wasn’t exactly surprising.

In the main event Jake Shields defeated Austin Vanderford after as much as 3 overtime periods. Aging Shields struggled to find his opening and the match was often a stalemate.

Even in overtime submissions were in deficit as Shields ultimately won via ride time.

“I’m trying to decide what I’m doing next if I’m going to keep fighting or just do grappling,” Shields said in his post-match interview with Chael Sonnen. “I’m trying to figure it out.”

Shields is 40 years old and has an mma record of 33 wins and 11 losses and 1 non contest.
Jake Ellenberger vs Diego Sanchez also went the distance. Once again neither could tap out the other so ride time was once again the decider.

Matt Mitrione was to face Chael Sonnen coach and frequent fixture at SUG Fabiano Scherner. Once again it went into overtime but this time Scherner secure the sub and ended the match.

Fabiano locks the armbar in OT – @mattmitrione has :34 secs to return the favor! #SUG8 #UFCFIGHTPASS pic.twitter.com/s1FaADuv2Q


The one redeeming match at the event was Craig Jones. He managed to sub his opponent in whooping 12s with a toe hold.

Are you watching closely..? #SUG8 #UFCFIGHTPASS

Craig Jones adds another leg to his collection. In 12 seconds. pic.twitter.com/aupkFZQuyb