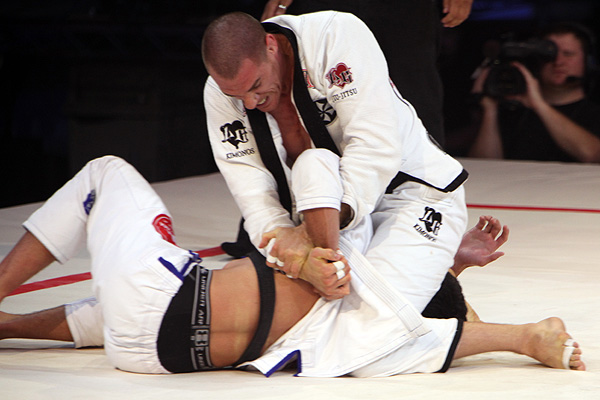 How does your body want to move

First things first, in order to submit something you need to have some sort of specific “game”, with this I mean that you need to develop a specific style, preference of movement type or set of technique. A game is an expression of jiu-jitsu that you make your own. You might have an open “scrambly” style or a Berimbolo “spinny” style or any other style.

What’s important about this “game” is that it’s in tune with your physical and mental attributes, looking at these attributes is what Stephen is talking about when he is saying that you need to look at “how your body and mind want to move”.

In order to really develop your game you need to experiment, drill, roll and all of this other great stuff, there is already a lot of information on that on the scienceofskill.com so were not going to focus on that right now.

Inside your own game

Once you have developed your own game and know how your body and mind want to move your routes to the submission will start to become clear too you.

First of all, if you have some kind of sweeping and passing game it’s going to be very valuable to learn the submissions that fit into this game. If you like passing with double underhook you might like to learn the chokes that immediately follow the double underhook pass. If you like leg drags than the armbar from the legdrag is probably going to be a very valuable tool for you.

Don’t drill armbars from the closed guard 24/7 if you are really in spider guard 99% of the time.

You have probably heard about the importance of “position before submission” a million times by now, that’s probably one of the best pieces of advice in the entire sport.

If you find yourself in a dominant position (see: knee on belly, side control, mount, back control etc.) then you are in a position that mechanically superior to your opponents position. This advantage might be rooted in relative hip angle/direction, possibility to use your bodyweight etc.

The important thing is that any dominant position allows you to relax and think clearly while your opponent needs to use every fiber in his body in order to defend and try to escape which leads to an unclear thinking process and a tired body. I think it’s obvious why this kind of position is desirable when trying to submit your opponent.

Stephen says “short answer: chokes are great”, I agree with this wholeheartedly. People can be too flexible for shoulder locks, to though to tap to foot locks and too strong for energy efficient armbars.

Chokes aren’t like this; they don’t have anything to do with being though. No matter how strong and though you are, if the carotid arteries in your neck are compress you are going to sleep.

The most effective chokes are probably the ones from the back, but there is a plethora of effective chokes in Jiu-jitsu, I bet there are some high percentage chokes that fit right in your game!

Sometimes you can fake the stuff that is lower percentage for you in order to get to the positions where you are really proficient at choking the living hell out of someone. Faking the armbar to get to the back, Like Stephen mentions, is a very legit example of this. This is especially effective against stronger guys who often have a very predictable “ bicep curl” reaction