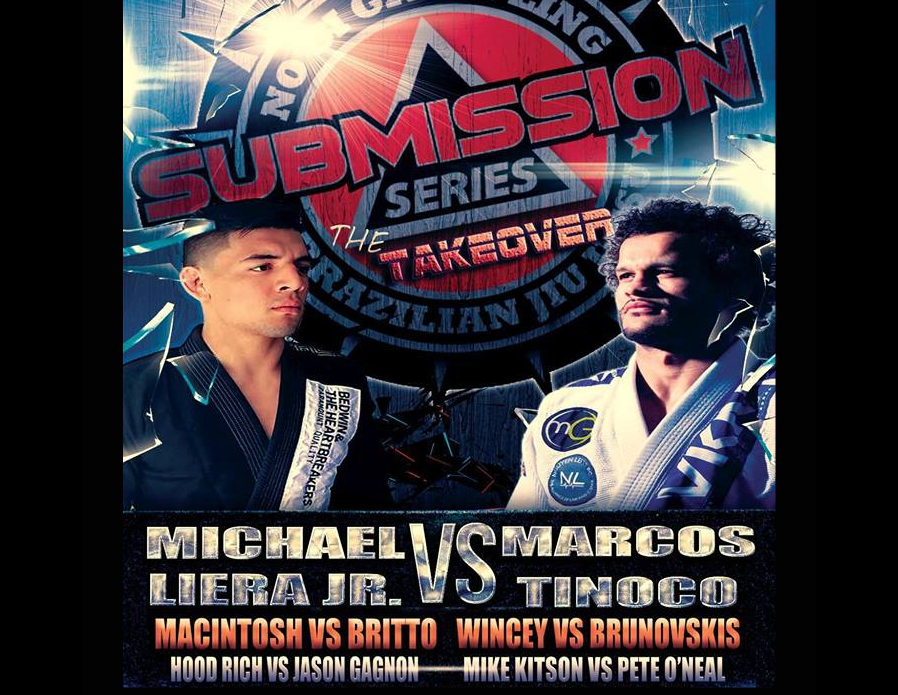 “Canada punches above its weight in jiu jitsu,” says organizer Cat Clarke. “We’ve had guys here medal at the worlds and take major tournaments. Nobody is going to walk in here and roll over our best guys. I want to show that to the world – and showcase the world’s best talent right here.”

The event was a huge success, playing to a sold-out theatre in Nova Scotia and to tens of thousand on the live stream.
The out-of-towners were successful on all counts – but not without scrapping for the victory. In a thrilling main event, Satava needed all but one second to submit Canadian MMA pioneer Kyle Sandford via kneebar. 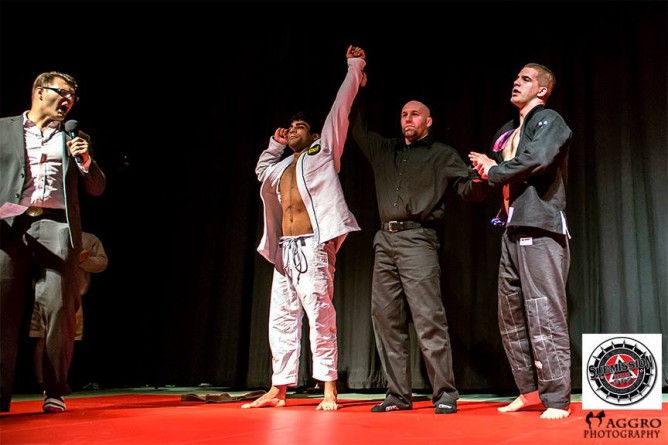 On the success of the first event, Clarke has booked an even more exciting card for June 20th in Halifax, Nova Scotia.
In the main event Andris Brunovskis of Atos takes on Nova Scotia’s Josh Wincey. Another Atos sensation, Michael Liera Jr, takes on Marcos Tinoco from the Marcelo Garcia Academy. And in a Trans-American Tilt, Nova Scotia’s Judo & BJJ black belt Jaret MacIntosh takes on New York’s, Dan Covel, also out of Marcelo Garcia Academy.
With submission grappling blowing up all across Canada, Clarke says he’s ready to take Submission Series nation-wide. “We already have events in the works for Toronto, Montreal and Calgary,” he explains. 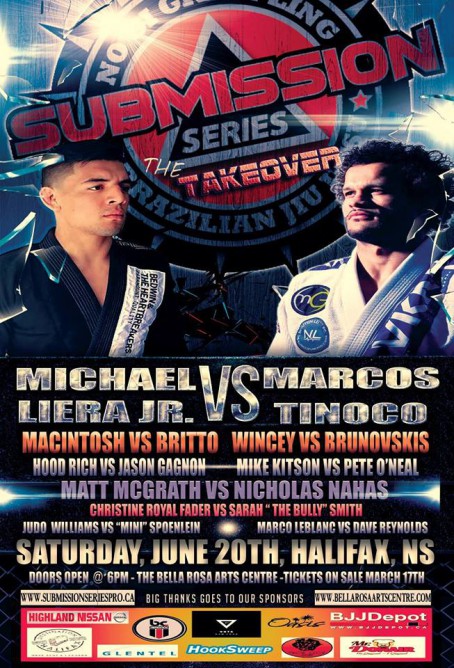 To add to the excitement, Clarke is bringing in some star-power off the mats. Burt Watson, formerly the UFC’s “Babysitter To The Stars,” will bring his unique sizzle to Submissions Series’ Toronto weigh-ins.

“We’re creating a unique, professional product to support the athletes and develop the sport of submission grappling,” Clarke says.
“Once you strip away the complicated point system and streamline the rule set, submission grappling is the easiest thing in the world to understand. It’s exciting, action-packed and ready for primetime.”