Student Sues BJJ Instructor For Not Promoting Him To Next Belt 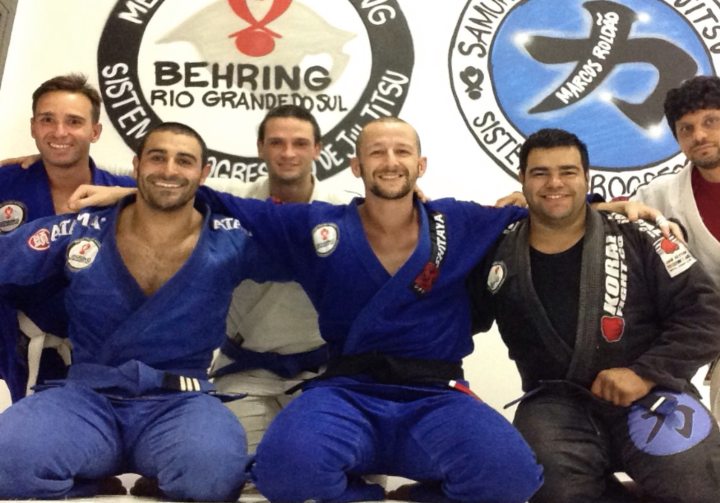 Why won’t the instructor promote them? Every instructor has their own set of criteria and maybe the students doesn’t fulfill them yet. Progressing through the ranks in Jiu-Jitsu is a long, long process and students should focus on improving, instead of being obsessed by belts.

So, from the student’s perspective it is not exclusively that fact he didn’t receive the purple belt.
What bothered him is his relationship with his instructor.
He says that his instructor lied to him, charged him several times, and exposed his financial situation to everybody in gym making him feel extremely embarrassed.

The name of the instructor is Marcos Roldão from the city of Porto Alegre. His academy is ‘Samuray Jiu Jitsu’.

The exact allegations of the student are:

– He arrived at his new academy being a blue belt 4 stripes, but the teacher told him to remove the stripes and just train and not be concerned about that.

-Every 2,3 months occurs some kind of “promotion event where students gets the stripes or new belts.”
As soon as he started the training he asked his teacher if he would take the purple belt in the next one, because if not, he wouldn’t participate…
During the promotion ceremony, the students who are supposed to participate must pay one value of R$70 (seventy reais) -around 15 euros.

– In this first promotion in which he thought that would receive his purple belt, he got just one stripe.

-After that he spoke with his teacher next day, and said that he was promised that he would receive his purple belt at the next promotion event.

-However, what happened in the following event was him getting 2 more stripes.

And beside of that, he mentioned(in process)
That the teacher mocked him in front of class how he was being annoying, always asking about the belt.

The instructor showed up court wearing a purple shirt.

The student should have read the following articles: