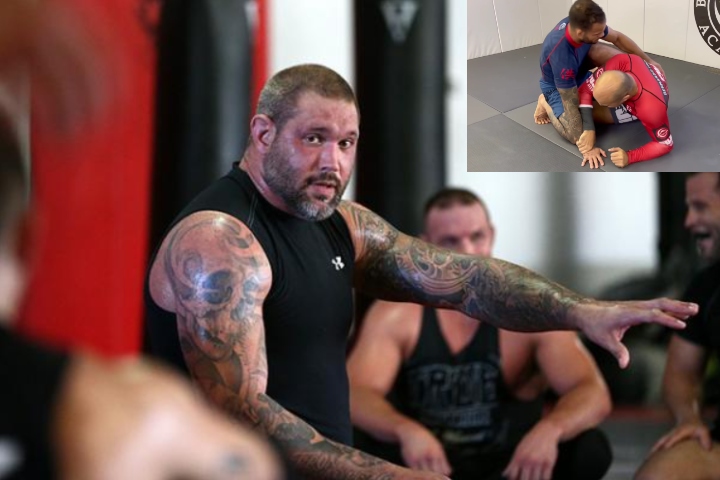 Are you a Half Guard and Knee Shield kind-of-a-Jiujiteiro? That’s awesome! It means that you’re playing a BJJ game that the majority of athletes choose not to play – which puts you ahead of the curve.
However, playing this game comes with a price… A price, which is often encapsulated in two words: “being stuck”. In other words, sometimes your opponent’s defense will be so good that you won’t be able to impose your game at all. They’ll just pin you in place, without doing anything themselves – at the same time without letting you do anything either.

So, let’s say that you’re stuck like this in the Knee Shield position. What are you supposed to do?
Bernardo Faria explains, by demonstrating a move he learned from Neil Melanson.

STOP BEING STUCK IN KNEE SHIELD BY DOING THIS

When stuck like this, Bernardo emphasizes that your primary objective should be to get into a neutral position again. And you can do that by getting your bottom leg out; which isn’t that easy when you’re stuck in the Knee Shield.
So, to get it out, you’ll do something quite unorthodox. You’ll prop yourself up on your elbow and grab the opponent’s wrist with your opposite hand. By doing this, you’ll be on your side, blocking the opponent from driving into you further – and so, you’ll have an easy time getting your leg out and then going for something like a Guillotine Choke.

Bernardo Faria demonstrates on the video below: