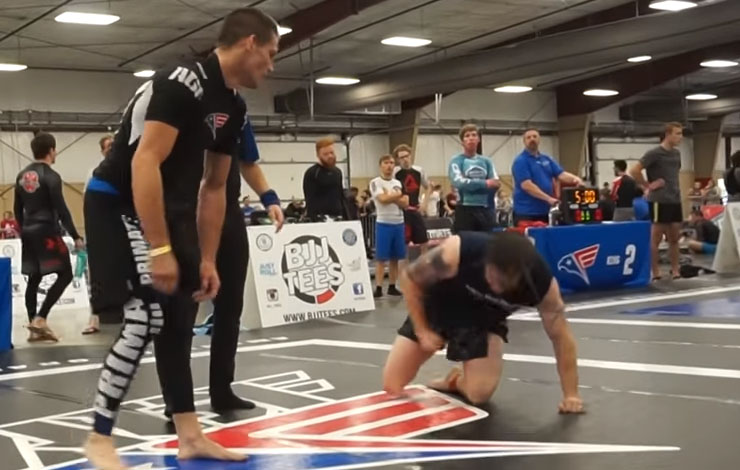 In brazilian jiu-jitsu  – like in life – it’s very important to know how to deal with defeat, failure and losing. In 2017, while the above mentioned gentlemen put up a decent match ego is something he hasn’t dealt with. Check out the final sequence and his reaction to it:

Jiu-Jitsu and by extension all submission sports, can lead us to develop an ego rather than cut it off. You do not want fight some opponents because you will get beat, or are out of shape. We are proud to have held our own and maybe not have been submitted but we have a broken arm. We show off our ranks and medals, rather than our human values. The funniest thing in this story is that we emphasize humility.

A BJJ competitor was there and witnessed the scene:

“Yes, it was a tantrum (I was there).
Matt Vernon caught him in the heel hook and he allowed his foot to break instead of tap, and then the guy screamed and wouldn’t tap on the toe hold, and the referee had to call a verbal tap.
Then in his next match (for 3rd place), the guy (hobbling on his wrapped broken foot) lost to an advantage, and went off on his opponent about “how cheap that is” and “are you really ok winning that way?”
Dude had a lot of heart and grit, but showed very poor sportsmanship, and honestly a lack of common sense on the tap.”