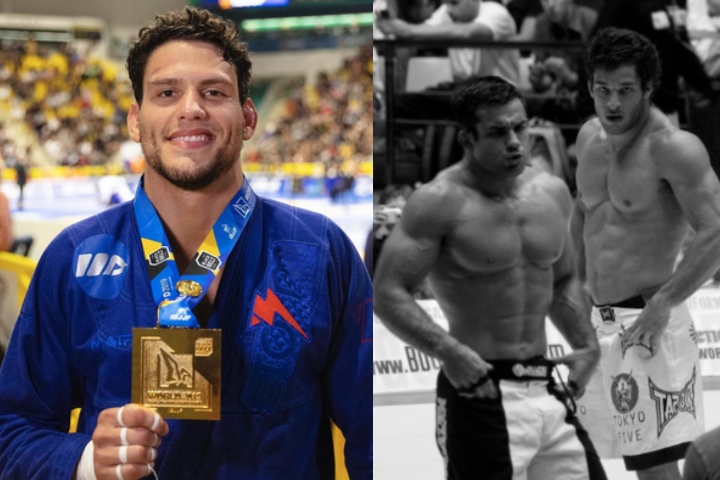 Brazilian Jiu-Jitsu, just like any other sport, has athletes that use steroids and other performance-enducing drugs (PEDs). However, what makes BJJ different from a lot of other sports is that there is little to no testing on PEDs across different tournaments and organizations; with the IBJJF being one of the exceptions.

PED use in the Jiu-Jitsu is extremely widespread according the famed MMA and BJJ instructor Firas Zahabi, and no just at the elite level.

Zahabi was recently a guest on the popular youtube channel ‘More Plates More Dates’ which is hosted by Derrick who is a well respected PED expert.

Zahabi claimed that PED use was way more widespread in BJJ than in MMA and especially at the amateur lower belt level:

Derrick: “You know like uh reputation of the drug use in bjj relative to mma? Competitively in brazilian jiu jitsu it seems to be one of the most drug-ridden sports?”

Firas Zahabi: “Oh my god. Oh my god it’s worse than mma. it’s worse than mma. You’ve got guys going in like local Jiu-Jitsu tournaments blue belt level and they’re jacked out of their mind and they’re wrestling some kids like it makes no sense. It’s insane. It’s insane like and the thing is their jiu jitsu is ugly like to me when i see they’re just just tough it’s just it’s just brutish. It’s not sophisticated at all but they don’t know it. They think their jits is the same as that other guy… Why? Because it’s effective. There’s a difference between efficiency and effectiveness. Like for instance there’s a guy named Palhares in our sport mma. Okay he would just drop down grab a guy’s ankle and rip it off. Now the guy was effective but his jiu jitsu was not sophisticated. In my opinion it was good but it wasn’t as refined as other other practitioners. Now i always said in my opinion I thought he was on PED’s then later on he got busted he got busted on PED’s.”

Mark Bell, Nsima Inyang, Josh Settlage talk about performance enhancing drugs in ju-jitsu and why 90% of Jiu_Jitsu athletes do not need PEDS….

“If you’ve been training Jiu-Jitsu for a long time and you start taking PED, you won’t see a big change in your performance.”

“Also you will gas out much faster….”