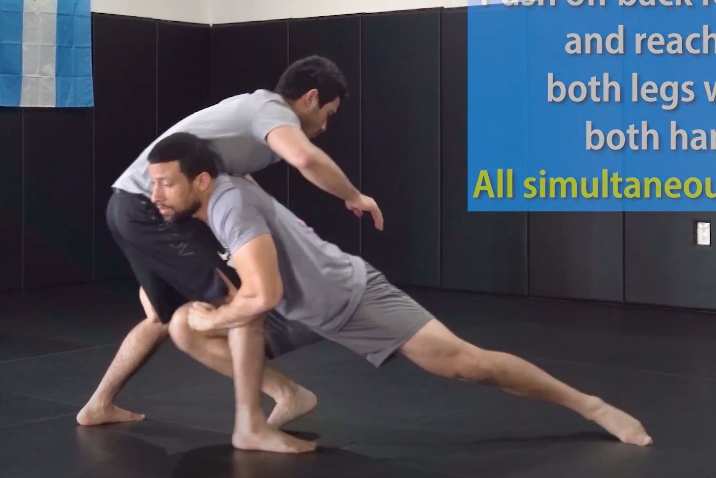 To start practicing this Art, there’s no better way to do so than with the misdirection double leg.

First things first: if you want something to work, you have to commit to it fully. You have to sell the feint.
Instead of doing it haphazardly, you need to really go for it. Make the opponent believe that you are shooting for the leg that you’re feinting to, so that he can do nothing else but instinctively pull that leg back.