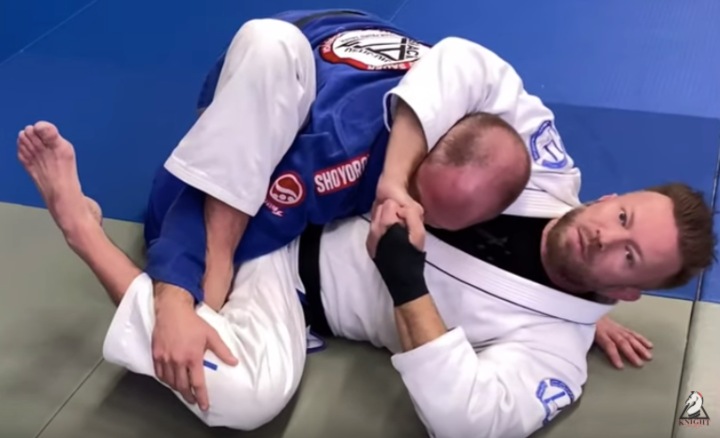 Since my first day stepping on the mats, I have always heard the principal of position before submission. You must get control of your opponent before you set up and execute your finishing lock or choke. But what if I told you that the principal that we have engrained in our head is actually a bit outdated, and the evolution of our art justifies an updated version.

Imagine yourself holding your opponent in classic top side control. Your mind set is focused on holding the position, possibly transitioning to mount or setting up your finish. Your aware of your opponents options of hip escaping with an attempt to recover guard or establishing under hooks to escape out the back door. You shut those down and as your about to go for a step over arm bar, your suddenly tapping. Your opponent from a bottom side control position had just slapped on an Americana shoulder lock and tapped you out.

You see, with all the progression and creativity of our arts evolution, submissions from bad positions are now a common occurrence, and that’s a good thing. When an opponent has you in a controlling dominate position, their focus is all about maintaining position and going in for the kill, not about defending or preventing an attack against themselves. It’s the bottom guy who is supposed to be worried about that. So the first factor that makes this tactic work is that it catches your opponent by complete surprise, which in turn raises its success rate, because what they don’t see coming, they cannot defend.

A second factor that justifies this tactic is that when the controlling opponent also has to worry about playing defense against submissions from bad positions, well, then they are less able to solidify the control because instead of hunkering down hard and tight, they have to be aware and ready to move and avoid the submission attempts. The beautiful thing about this is that even if they do defend against the submission, that defense might have saved them from the tap out, but what it also did was open up a very little resisted escape from the position. Picture back control where the controlling person instinctively crosses his ankles and the opponent starts to ankle lock him for that mistake. Two things can happen, the controlling person gets submitted for his mistake or he releases the cross and hooks to avoid the foot lock. By doing that he has given up half of what makes the back control in that situation so effective. So with no hooks in, the escape options from a very dominating position are easy and abundant.

Another one of my favorite examples of this principal is the leg attacks. Dean Lister made a fantastic point years ago that helped me dramatically. When you are inside somebody’s guard, they can only defend the pass or the leg attack at one time, not both. So I started applying that strategy. I would go for an open guard ankle lock, as they started to defend the leg attack I would switch to a guard pass and next thing you know I was in side control. It works both ways, and it has made my top guard game feel effortless.

Position before submission is not bad advice at all. It is still a fundamental principal and strategy in our art, but I do think it’s a good idea to modify it a bit. Submissions from bad positons have a huge success rate, it surprises the controlling opponent and it prevents them from creating tight lockdown control of a positon, because they have to be ready to move and defend. It also allows us to develop the mind set that the fight is never over and we can end it from all positions and situations when need be.

Rob Magao and Eli Knight a sneaky sweep and submission from bottom side control: