Start Catching Everyone with the Anaconda Choke 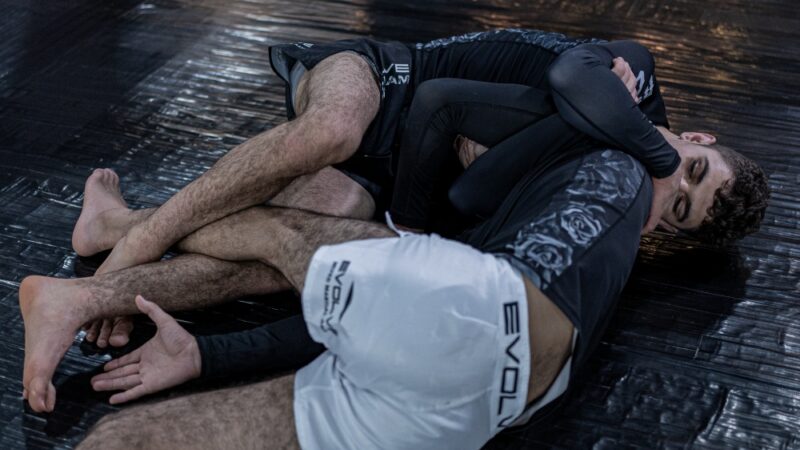 Brazilian Jiu-Jitsu is one of the fastest growing martial arts today. Compared to other martial arts such as wrestling, which has been practiced since ancient times, BJJ is considered a modern grappling martial art but with ancient roots. Although BJJ is fairly new, it has already proven its effectiveness in the world of fighting and self-defense situations.

Similar to martial arts like kung fu, some techniques and terminologies are patterned after animals, particularly on how they inflict damage to their prey. Examples from the long list are the spider, worm, and butterfly guard, dog fight, bulldog choke, and the anaconda choke.

Today, we will talk about a powerful submission in BJJ, named after a relentless predator, notorious for how it strangles its prey, leaving them unconscious and lifeless: the anaconda choke.

What Is The Anaconda Choke?

The anaconda choke is an arm-triangle choke variation where an opponent’s arm is trapped with the head in a front headlock position. This submission is applied by placing your arm under the opponent’s neck as you connect it to your bicep on the other arm. The exit point of your arm is on the outside of the opponent’s armpit. The finishing mechanics of the submission is unique as you typically do it by rolling the opponent over the trapped arm, typically known as the gator roll.

It is named the anaconda choke because it works similarly to how an anaconda constricts and strangles its prey. Once this choke is locked in, you interrupt the opponent’s blood flow to the neck with the help of their trapped shoulder as you apply pressure by squeezing with your arms. Even though the origin of this choke is uncertain, many sources point to the respected Brazilian fighter named Milton Vieira.

Milton Vieira is a BJJ black belt, former luta livre fighter, and UFC veteran. He is a master of different head and arm chokes and is the highly respected trainer of the legendary Nogueira brothers. Although he stated he may not be the only creator of the choke (as grapplers in the early era were constantly figuring out different submissions), no one has yet claimed to be the mastermind of the technique otherwise.

Difference Between The Guillotine, D’arce, And Anaconda Choke

For a beginner, it may be confusing to differentiate the three submissions just by looking. One thing these three submissions have in common is that it requires using both your arms to wrap the opponent’s head together with the arm. The guillotine, while similar, is still a little bit different as there are two ways to do it, one which only strangles the neck without the arm, while the other is known as the arm-in guillotine. All three chokes share the same goal of restricting the blood flow to the brain.

The easiest way to differentiate the three chokes is in the way you lock the submission relative to the positioning of the head and arm of the opponent. The first choke, the arm-in guillotine, is a powerful choke as it provides control, especially after the opponent shoots for a takedown. This version of the guillotine uses your arm to wrap the opponent’s neck and arm in between your body.

Lastly, the anaconda choke is a technique similar to the d’arce where you wrap the opponent’s neck and arm, but the difference is that your arms are locked outside the opponent’s armpit. Similarly, all three chokes are done from the front headlock position.

How To Perform The Anaconda Choke

There are two ways to set up the anaconda choke. The first one is by performing a snap down to drag the opponent’s head and body down to the mat. By snapping the opponent down, you will force them to the turtle position, which opens up opportunities for submissions.

In this video, Jeff Chan from the MMA Shredded YouTube Channel demonstrates a snap down to anaconda choke combination. At 3:25–4:28, he starts by applying a collar tie to the opponent. After the collar tie, snap the opponent’s head down and transition to the chinstrap as you control the tricep. Applying enough pressure will force the opponent down, forcing them to the turtle position.

Use your arm that’s controlling the opponent’s tricep to push closer to their head, and shoot your chinstrap hand past the neck outside the opponent’s armpit and lock it with the bicep of your other arm, as you put your hand all the way to their back to apply choke. To finish the choke, roll on the opponent’s trapped arm while you squeeze and tighten your grip, as you use your leg to hook the opponent’s near leg.

The second is typically done as a defense when an opponent shoots for a takedown. In this video, MMA World Champion Angela Lee from EVOLVE Fight Team demonstrates this option. A timed sprawl when an opponent shoots a takedown will allow you to apply a front headlock. Remember that the front headlock is the starting point to the anaconda, d’arce, and guillotine chokes. So always keep in mind that you should go for the offensive once you grab the head.

The anaconda choke is a crushing submission that can be applied as a follow-up to the front headlock. It is a technique that can be used to either elicit a reaction or to finish a fight. If you watch the world’s best grapplers, you’ll see that having at least one variation of the arm-triangle choke is crucial to a complete game. The anaconda choke is simple to apply yet strong enough to put opponents to sleep.