To Stand & Pass or Stay on the Knees & Pass? 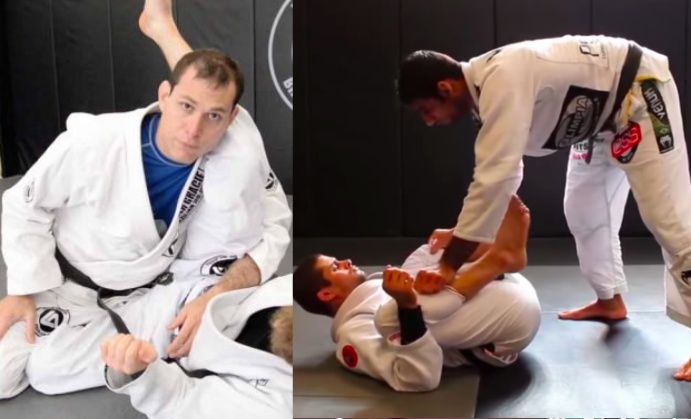 Often times during a jiu-jitsu battle, the majority of the time is spent in some type of guard. Now when your on the top guard position, whether it’s full guard, open guard or butterfly guard, your priorities are submission prevention, upright posture, sweep prevention and passing. But the big question when passing is to stand or not to stand.

As with any technique in Brazilian Jiu-Jitsu there are strengths and weakness’s with each tactic. Knowing what they are will give you an advantage in the decision making moments. Lets first look at the sweeping factor. While on the knees with upright posture, wide base and hips forward, it becomes a real challenge to get swept. As far as the standing passes go, well that is a different story. Once you stand up you become very vulnerable to sweeps. The bottom opponent is able to implement almost all the sports guards once you stand and give that space. X guard, sit up guard, de la jiva, spider, lapel guard, and the list goes on. So as far as sweeping goes I would choose to stay on the knees to avoid the dynamic sports guard sweeps. But if you don’t’ have good upright posture, wide base or you lose your posting ability, well then even on the knees the sweeps can happen to you.

Now we must examine breaking the guard open. Often times this is the most difficult part for a bjj practitioner. On the knees you do have leverage and ways to open their legs without using too much power and strength, but if it’s a guy with big strong legs or even long legs, the ability to generate enough leverage and power can fall shy of accomplishing the objective. When you stand, not only have you stretched their legs further then on the ground, but you now added an alley to your side. Not the French like in the revolutionary war, but gravity. With the added leg stretch, added leverage and gravity, no legs can stay closed for long. So as far as breaking the guard open, hands down standing wins every time.

Now we must look at which one makes you more vulnerable to submissions. On the knees you are susceptible to all the classic submissions: arm bar, triangle, Omoplata, kimura, guillotine, collar chokes etc.… But when you stand you allow leg attacks to enter the equation. Knee bars, heel hooks, ankle locks, calf crunches, etc.… Even though leg attacks are the most obvious and used when an opponent stands, that does not mean upper body submissions are not there as well. Spider guard can create opportunities for triangle chokes, arm bars and Omoplata. So when it comes to submissions I would say it depends on your submission defense strengths. If you don’t defend leg attacks well it might be best to stay low.

As far as passing itself goes, it’s fairly simple. Staying low keeps you in the basic fundamental passes where as standing, which it does have its basic passes, but it also opens your risk to the high level sport guards which can be complex to pass. It takes some time to develop a passing game for some of the specific guards, but you can’t ever expect to pass if you don’t develop them into your game. So if you do not have a high level passing game to avoid their sports guard traps, it might be best to stay low, because it stays basic when your low to the ground.

So we know to avoid complex sweeps and leg attacks you stay low. If you are facing a guy who is larger and stronger opponent whose legs just won’t seem to open, then you might need to stand. If you want to avoid the sports guard games, stay low. If you have a guy who doesn’t use sports guards, then you can go high. If your passing game is basic, stay low. One is never always the answer, but having a deeper understanding will allow you to make an educated tactical choice on to weather stand or not when guard passing. Everything has it’s weaknesses and strengths and its up to you to develop the skill of decision making in combat to make the appropriate choice based on your game and who your opponent is.

If you want to advance your guard passing at a fast rate, check out world champion, Leandro Lo’s 4 DVD set, “Matrix Guard Passing and the Lo Guard.” It is a great resource to see an abundance of high level passing. 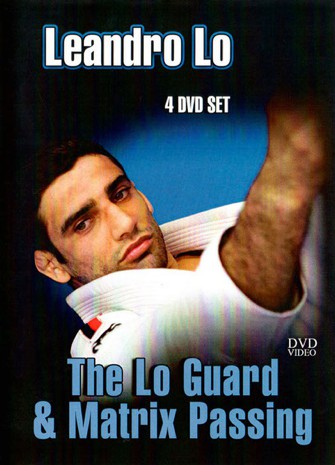