Specialist or Well Rounded Approach to Grappling: Which Way To Go? 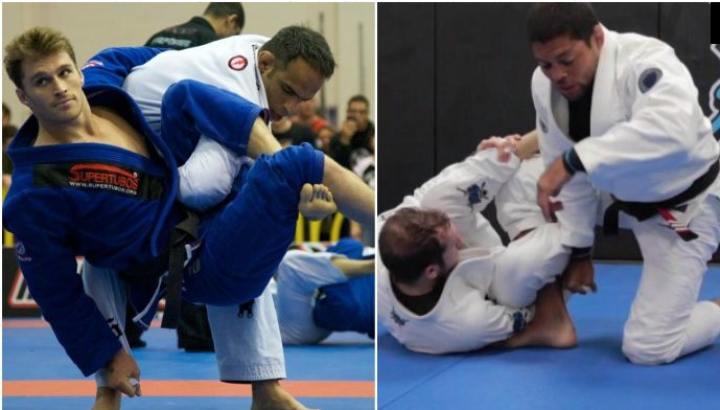 A really interesting topic when it comes to the development of your game is whether to be ultra specialized in something or be as versatile as possible. There are multiple pros and cons for each of the aforementioned paths. Let us have a look.

One thing that cannot be denied is that ultra specialization works. All top competitors in the world are specialized in some things. Bernardo Faria is very specialized in the half guard and the over under pass. The Miyao brothers are specialized in the berimbolo. The list goes on. But what does specialization mean? It means that you base your game around certain techniques and that you will become so proficient in those techniques, that you will have a counter for every reaction your opponent has. Does specializing in things mean you won’t know other things? No, in fact top competitors are very proficient in most of the positions that they will find themselves in. Let’s put it another way. A good black belt that specializes in De la Riva can show you techniques from there and with details that you probably won’t see at many other guys. He will still be able to show you other techniques, but not with that level of detail. The danger that comes with specialization is that some people focus so much on it, that their game is very narrow and forget to take a look at the bigger picture and learn new things outside of their game. This will lead to being a one trick pony and should not be confused with being specialized in something.

Being well rounded is certainly nice to have as well. It will come in handy especially if you shall choose to become a coach, as you will have to teach people of different styles, body types, attributes, etc. You will also most likely have more fun in Jiu Jitsu as you will always mix things up and play different styles and guards, although your competitional record might suffer because of it.

So what should you actually know? Look to have attacks from a variety of guards. Closed Guard and Half Guard are a must (since they are also required for self defense purposes and you often find yourself in those positions). Then you can add fancier stuff. Think about De la Riva, Reverse de la Riva, Spider Guard, X Guard, Butterfly, etc. It will also depend a lot on whether you do more gi or no gi.

When it comes to passing styles, make sure you’re familiar with pressure passing, smash passing as well as some passes that are more reliant on speed and agility (the knee slide for instance).
When it comes to submission, remember to learn to attack the whole body. That means chokes, arm locks, body locks (quite rare but still applicable, eg twister) and especially leg locks. This point deserves some focus as a lot of people avoid going into the leg lock game. So if we consider all the body, we can attack the arms, neck and legs. If you don’t learn how to attack the legs, you’re dropping 33% off your submission potential just by that. Not to mention the huge advantage leg attacks give you when you combine them with guard passing.

Figure 2. Dean Lister, one of the best leg lockers in grappling.

When it comes to chokes and arm locks, the two most useful tools probably are the guillotine and the kimura. The first reason is because they are very good submissions that apply both to gi and to no gi, but the second, and more important reason, is that they are excellent tools that will give you better positions. In most cases, when you go for a submission and miss, you often end up losing the position you had as well. If used intelligently, the Kimura and the Guillotine can make the opponent give up his position in order to defend the submission, which will give you an advantage even if you miss the sub!