Sometimes Technique is Not Your Problem – You’re Just Too Weak 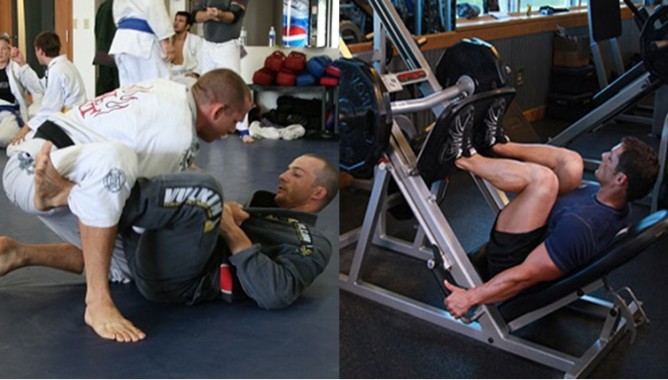 You are able to execute a technique properly when training, but unable to set it up during randori (rolling) or during competition. What is the problem?

Sometimes you have the technique down but it’s really a physical problem that is preventing you from overcoming your opponent with it.

Let’s take the example of a double leg takedown. It’s a complex movement which can be broken down in three steps:

The 3 Steps Needed for a Successful Takedown

Getting these 3 steps right will only get you so far. You also need physical strength, balance and coordination to get it to work.

Many athletes hate doing strength and conditioning but the truth of the matter is that at a higher level, you need physicality to make your techniques work for you.

Judo Olympian Matt D’Aquino talks about this and why you should see with a physiotherapist about doing a stability test, and this might improve your Judo.

Matt D’Aquino is a multiple Australian and Oceania Champion and a 2008 Beijing Judo Olympian. He has been studying Judo for over 23 years. He is a 3rd Degree Black belt and a brown belt in BJJ.