Some Great Movies on Martial Arts and It’s Legends 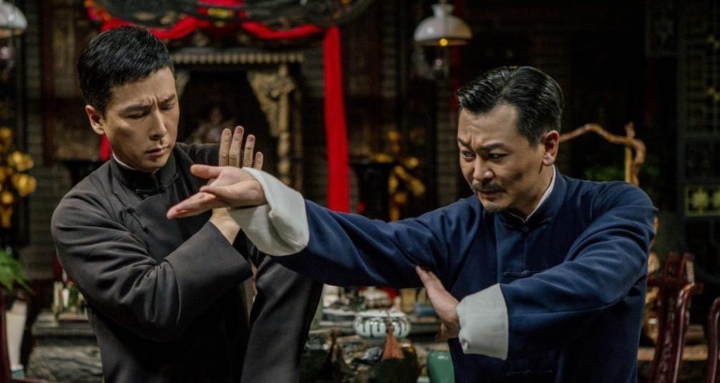 Martial arts movies have a long and illustrious history, dating all the way back to classic masters Bruce Lee and Chuck Norris. Later, we have the action legends Jackie Chan, Jet Li, Donnie Yen, and Lucy Liu to contemporary trend-setters Tony Jaa and Iko Uwais.

Moreover, martial arts films are far more varied than screams and flying kicks. They range across many genres and employ various methods, ranging from wires to camera rigs to months of practice. We aren’t just watching the first take when we watch a great martial arts film. We’re seeing something as choreographed as a stage performance.

We can call a “martial arts film” like this: utilizing martial arts as the primary storytelling tool. It means the physical motions of the sequences must be used to explain motives, character relationships, emotions, and inner conflicts.

Oldboy is a 2003 South Korean mystery thriller film written and directed by Park Chan-wook. The film is inspired by the Japanese manga series written and illustrated by Garon Tsuchiya & Nobuaki Minegishi, respectively.

The plot revolves around a man who was imprisoned for 15 years without any explanation as to why. After his sudden release, he sets out on a journey to discover who was responsible for his incarceration. The film gained considerable international attention due to its bold and stylish blending of genres. It has received numerous awards, including the Grand Prix at the 2004 Cannes Film Festival, where it premiered. You can also check the remake released in 2013, which differs from the original.

Police Story is a 1985 Hong Kong action-packed film written and directed by Jackie Chan. It was the first in the Police Story series. The movie’s gritty portrayal of an honest cop who ends up fighting criminals and his colleagues. This film won great critical acclaim. It won the Best Film award at the 1986 Hong Kong Film Awards.

The Protector is a 2005 Thai martial art film directed by Prachya Pinkaew and starring Tony Jaa. It was released in Thailand on March 17, 2005. The movie shows intense action and some of the most amazing stunts. Most of which were executed by Jaa himself, without using special effects or wire tricks. The Protector is a remake of 1989’s Tom-Yum-Goong, also known under the title The Bodyguard.

Ip Man is a 2008s Hong Kong martial arts biographical film based on the life of Yip Man. Ip Man was the film is genuinely excellent. Playing a loosely biographical version of the legendary grandmaster of Wing Chun and teacher of several future martial arts masters, one of whom was Bruce Lee.

This movie Fist of Fury features kung fu legend Bruce Lee in the lead role. The movie depicts how he discovers that his master was murdered and takes revenge against the Japanese occupiers responsible. Though Bruce Lee’s breathtaking fight scenes and his ability to make the stunning flow of action appear so easy, one gets the sense that he was born to perform this role.

Ong Bak is a Thai martial arts action film released in 2003. This exciting martial-arts adventure follows an orphan (Tony Jaa) on a mission to recover the head of a Buddha statue that a Bangkok drug lord stole.

Fighting sequences provide further excitement to this action-packed martial arts tale. It was the third feature-length film directed by Prachya Pinkaew and was also one of the earliest films starring Tony Jaa before he became famous.

The videos mentioned above will appeal to action film fans like you. However, due to geo-restrictions, some of them may not be available in your region to watch. But enthusiasts just can’t give up, right? So, use tools like Atlas VPN to view any of these movies in your area. A VPN will allow you to avoid restrictions while also protecting you from online dangers. It means entertainment with complete security.