So There’s That ONE GUY You Absolutely CAN’T Stand in Your Academy? 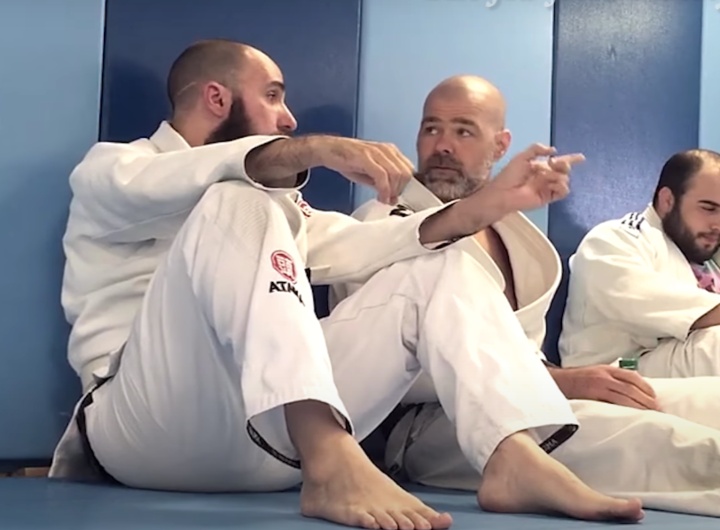 Being and training in your Brazilian Jiu-Jitsu academy is awesome for the most part. You get to hang out with the people you love and feel comfortable with, and you get to choke them out in the process. Priceless!
But, what if there’s that one guy… That you simply can’t stand anymore? That’s getting on your nerves a lot and that is sort of ruining the whole training experience for you?

Here’s how to deal with that.

IS IT REALLY THAT BIG OF A DEAL?

As human beings, we’re prone to making miscalculations and to exaggerating things out of proportion. Such situations can happen in training as well; just think back to the times when you were really angry because someone tapped you out, or because the training session didn’t go as well as you’d like it to… And to just how silly you felt afterwards because you were angry about that.

Could it be that you’re doing the same thing now? Sure, this guy may be really annoying, but is the way that you feel really in line with what he’s doing? With how he’s behaving?

If you take the time to analyze yourself for a bit, you may find that you’ve been making a mistake. That even though that guy truly is kind of an a**hole, that you’re blowing things out of proportion.
We all get annoyed from time to time. But you’ve got to take responsibility for your own emotions and ask yourself: „Am I right to be feeling this way, or am I making a mistake of sorts?“

DID YOU TRY TALKING TO THIS GUY?

Here’s a great idea. If you haven’t spoken with this guy about what’s bothering you, you should do it as soon as possible.
Why? Because your other alternative is not to tell what’s on your mind. By doing so, resentment will build inside of you and you’ll feel less and less inclined to come to class… And that’s a big no-no.

Thus, for the sake of your love towards Jiu-Jitsu, approach that person in a respectful way and tell him what’s on your mind. Don’t raise your voice, don’t make a drama out of it. But calmly and respectfully tell them what you think, and propose a way to solve what’s happening.

WHAT IF THEY CONTINUE WITH THEIR BEHAVIOR?

Your training partners should also be aware of what’s going around with the „person of interest“, and you should talk about ways in which to „tame“ him. Maybe they could also, each of them individually, try and talk with him.
If that doesn’t work either, your instructor should step up to the plate. Explain to him/her what’s going on and what you think about the whole ordeal. Chances are that they’ve already noticed this guy’s behavior, and that they’ll do something about it.

The point is that one person shouldn’t „tear the house down“. If they’re genuinely making things worse for everyone in your BJJ academy, then it may be time for them to leave.
Besides, if he sees that everyone else doesn’t like hanging out with him, he may very well show himself out. People who are like that generally don’t stay put for a long time.