Sneaky Ezekiel Choke From The Back by Andre Galvao 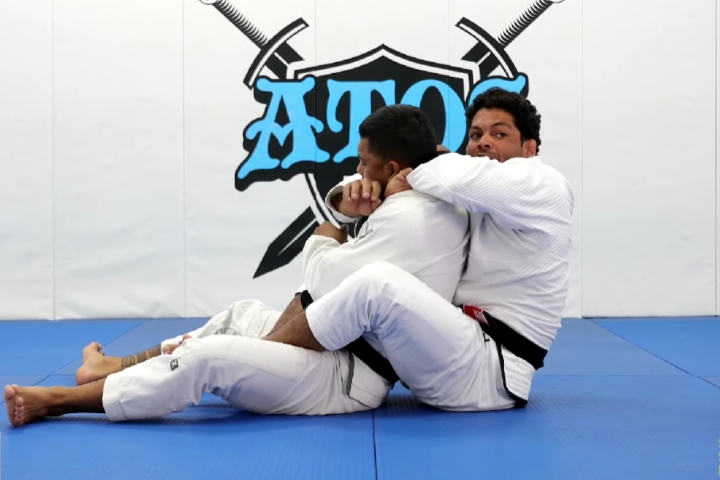 Taking the opponent’s back is already hard enough, but tapping them out from there can be even tougher. Knowing that they have nothing to lose, your opponents will do whatever they can to defend themselves – and for as long as it takes. So, it would be a wise decision to expand the number of submissions you can do from this position, as you’ll have to go for whatever opening presents itself to you.
One of those openings is going to be the one for an Ezekiel Choke! Here’s how to set it up, as demonstrated by Andre Galvao.

EZEKIEL CHOKE FROM THE BACK

Your opponents will often defend most vehemently against your “top” arm, as it’s the one most used for setting up chokes. So, as they’re defending against this arm, you’ll slide your bottom arm deep behind their neck. So deep, in fact, that you’ll be able to see it yourself – which ensures that it’s right beside their artery.
From there, you’ll grab your other arm’s sleeve with four fingers inside (this is legal in competition, don’t worry). Then, pass this second hand across the neck and shrug with your shoulders as you apply the choking pressure – and you will get the tap soon!

Here’s how to do this in more detail, as well as in different situations, as explained by Andre Galvao: