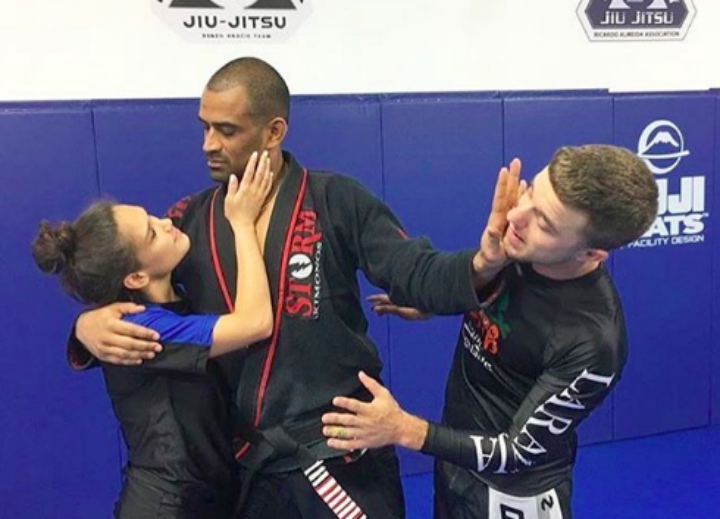 What exactly happens when we mix romantic love with our love of jiu-jitsu?

Well this is a scenario everyone sees from time to time! The desire to share an activity we love with a new acquaintance or potential love interests (as well as a spouse) is not exactly revolutionary. But what happens next?
To love in “the age of like” is no small feat. BJJ classes are typically occupied by *Millennials and relationships are even harder than they used to be. This is a time where apologies are out of fashion, social media makes it hard to sustain any kind of secret and there’s an ever present pressure to be the epitome of “cool”.

For a generation that values power over money, the jiu-jitsu matt seems like a perfect hunting ground. 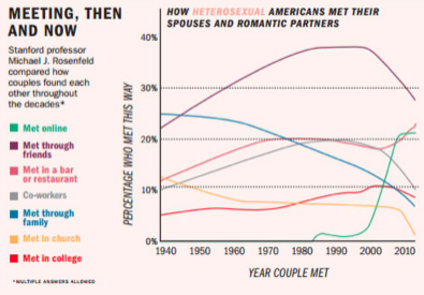 From a chemical standpoint mixing true love of bjj with the follies of romantic love makes perfect sense.
Oxytocin, the cuddle hormone is released by both men and women during orgasm, similarly it’s also secreted during hugs or as we call ‘em: closed guard, half guard and side control!

What are the effects of this you ask? Well it’s suggested that this kind of interaction deepens the feelings of attachment and makes those involved much closer. And this doesn’t even count the spontaneous gestures and fellowship forged in hardship.

Further, there’s plenty of adrenaline involved. The joys of chasing victory or even just surviving can easily be transferred to someone simply present. This always reminds me of the great Helen Fisher anecdote where one of her students tried to get the object of his affection fall in love with him.

This one guy was madly in love with another student who was not love with him. They were at a conference in Beijing. And he knew from the work he did with Fisher that if you go and do something very novel with someone you can drive up the dopamine in the brain, and perhaps trigger this brain system for romantic love. So he decided to put science to work and invited the girl for a rickshaw ride with him. Sure enough he figured this crazy, noisy and exciting activity would drive up the dopamine and she’d be as good as gone. So off they go and she’s squealing and squeezing him and laughing and having a wonderful time. About an hour later they get down off the rickshaw and she throws her hands up and says “Wasn’t that wonderful? And how handsome was that rickshaw driver?!”

There’s a magic to love that can’t be quite reproduced. But this anecdote also illustrates why you probably shouldn’t take your girlfriend of 9 dates straight to your bjj class! Further Helen Fisher research also proves two hypotheses: first that romantic love has close associations with dopamine and other closely related neurotransmitters in the brain and second that romantic love is primarily a motivation system rather than an emotion. And indeed romantic love is related to motivation and goal oriented behaviors which brings us back to Brazilian jiujitsu.

Anecdotal evidence would suggest that teammates dating results in one of two ways: either they both up being in it for the long haul or one of them leaves the academy after things get sour. Many internet commenters have branded this behavior as problematic because simply put- you don’t defecate where you sleep.

I do think this is going a bit too far. Quality people who share my/our conviction and passions are few and far in between so I see how one would find themselves in this type of a relationship. However the part that bothers me is that this type of blooming infatuation usually comes with ego. Pseudo romantic behaviors around the gym have been known to spawn people going too hard, people demonstrating too hard as well as random show off-y situations that compromise not only the wellbeing of the person boasting but also the training partner which is, in my honest opinion, inexcusable.

Issues related to sexuality, sexual orientation and romantic relationships have received attention in the sport psychology literature. An area that has not been addressed, however, is that of romantic relationships among sport teammates. Such intrateam relationships may have certain benefits but can also be disruptive to teams and team functioning, scientifically speaking. This research even goes so far as to suggest that sport psychology consultants who encounter these relationships may find it valuable to consider family system models as theoretical framework for disposing of them.

Now if you do bypass all the pitfalls of egoistic behavior in the gym I suggest you use just the right nuance of the word relationship with your partner because pretty much every which way someone’s gonna be hurt so you might as well be honest.

I leave you with this:

Love isn’t always a happy experience. In one study of college students they asked a lot of questions about love but two most poignant were “Have you ever been rejected by someone who you really loved?” and “Have you ever dumped somebody who really loved you?”. As it happens almost 95% of both men and women said yes to both. If you do decide to mess with a teammate, make sure you answer these two questions first and can live with the consequences, on the matt and off it.