Sleep may be your best performance booster in BJJ 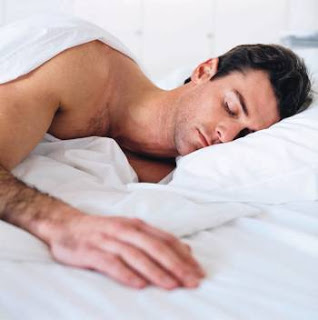 Seven hours of sleep might not be enough for many BJJ athletes to perform at their best. Sleep and its impact on athletic performance still is being researched. However, it is clear that athletes who are sleep-deprived are highly unlikely to perform at their best. Whether seven, eight or nine hours of sleep each night is the ideal number remains unclear.
The typical athlete is getting less sleep than ever before. Television, social networking, multiple jobs has people shaving off minutes or even hours from their sleep schedules. We often justify nocturnal behaviors such as watching television or surfing the net by convincing ourselves we are “resting”. But when it comes to physical recovery from exercise, there is no substitute for sleep.

There seems little doubt that sleep deprivation will affect your performance on the court or playing field. Sleep deprivation can result in a variety of detrimental symptoms, including drowsiness, hallucinations, paranoia, mood changes and lowered physical ability. In addition, researchers find that sleep debt — a shortage of the ideal amount of sleep — also negatively affects performance.

You need quality sleep to bring your testosterone back up to optimal levels. While you’re sleeping, your body literally turns on its Testosterone Engine and pours extra testosterone into your system in rhythmic cycles based on basic sleep stages. The more uninterrupted sleep, the more testosterone. It’s that simple. The idea that more sleep boosts testosterone is just common sense for us males. Every guy knows that after a good night’s rest you wake up feeling good. Libido, strength, morning erections and general attitude – all symptoms of high testosterone – are all dramatically increased after sleeping well and long.

Lack of sleep interfers with the repletion of muscle glycogen, consequently impeding muscle recruitment during athletic activity. A study showed marked improvements in key elements of performance in sleep deprived male athletes after a 30 minute post-lunch nap. In a study by Cheri Mah of Stanford University, male athletes showed significant improvements in athletic performance when permitted to get as much extra sleep as possible beyond an established baseline of their typical sleep patterns.

There are some people who can function well on just a few hours of sleep a night, but most require more. Some experts peg the number at seven to nine hours a night and others say eight hours is optimal. The right number for each individual will vary, but athletes who sleep just seven hours a night might be compromising their ability.
Stages and Patterns of Sleep
During a full night’s sleep, the average person experiences four to six cycles of sleep punctuated by brief periods of wakefulness or arousal. Within each sleep cycle are five stages: Stage one involves light sleep and drifting in and out of consciousness; stage two, which makes up about half of sleep time, is marked by relaxed muscles and a slowing of brain waves; stages three and four, marked by deep sleep and large, slow brain waves, are the restorative stages where hormones are released and body chemistry is balanced. In the final stage, rapid eye movement, or REM sleep occurs during which vivid dreaming takes place. Failure to get a full night’s sleep deprives you of the restorative benefits of deep sleep for which resting cannot compensate.

Take lots of naps. Naps as short as 10 minutes help people recuperate from sleep debt. If you want to be at your best, either on the playing field or in the office, going to bed and getting up every day at the same time will enhance your ability to sleep as long as you need. Not sleeping enough would mean not allowing your body to produce the testosterone to refuel your tired body. Good quality sleep is the best vitamin, do yourself a favor and give it to your body.