Should Your Brazilian Jiu-Jitsu Training Really Include Weapons Defense? 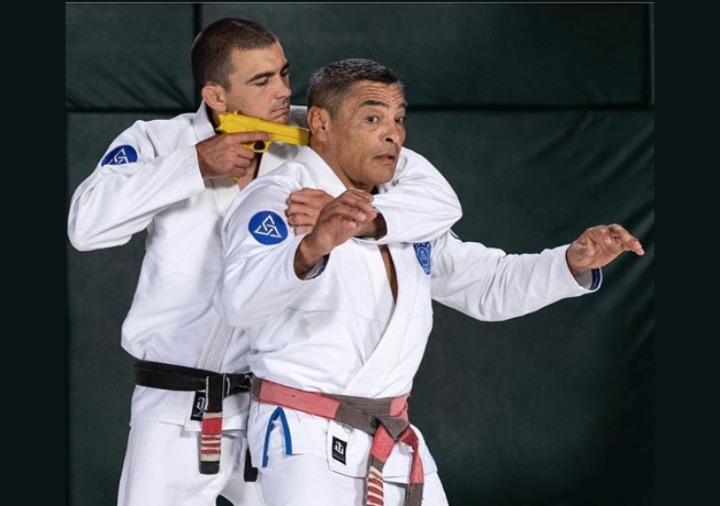 There are a few reasons why weapons training is not routinely trained. The first being that many practioners actually don’t have a primary training goal of self defense. Nothing wrong with treating BJJ as a pure sport, but they must realize that they are not learning the full art or capturing the essential core and intention of the style.

Here are a few fun ways to start incorporating the weapons training:

1. Slowly work the techniques, principals and concepts with no resistance.
2. Add resistance and speed to those techniques.
3. Randomly introduce weapons into the sparring sessions.

Take knife defense as an example, rarely are knife wielding assailants going in predictable, slow motions while attacking. So principles have to be learned. Distance management, improvised shields (backpack, chair, etc.), two on one grips against the weapon hand, watching for hand switch offs and isolating the attacking arm to get the weapon and disable the attacker. You incorporate the technique principals in isolation and slowly combine them to reality. Put a pair of goggles on to protect the eyes, drop a knife randomly into a roll and watch how everything changes. No fancy sweeps, no inversions, just pure raw combat. Mistakes made can be observed and adjusted for the next round.

There is no guarantee in life, and defending against weapons is definitely not something that falls in your favor. Even when successful, you will get cut, stabbed or shot, but so many times the person ends up still surviving. I do agree with the fact that if there is anyway to avoid a confrontation, then avoid it, especially when a weapon is in the mix, but when the choice of avoidance is not there, you must fight to survive. Adding realistic weapons training into your BJJ practice can only help you in being prepared for worst case scenarios. Make yourself harder to kill everyday. Now go train, Osss.