Should You Date Someone From The Same BJJ Academy You Train At? 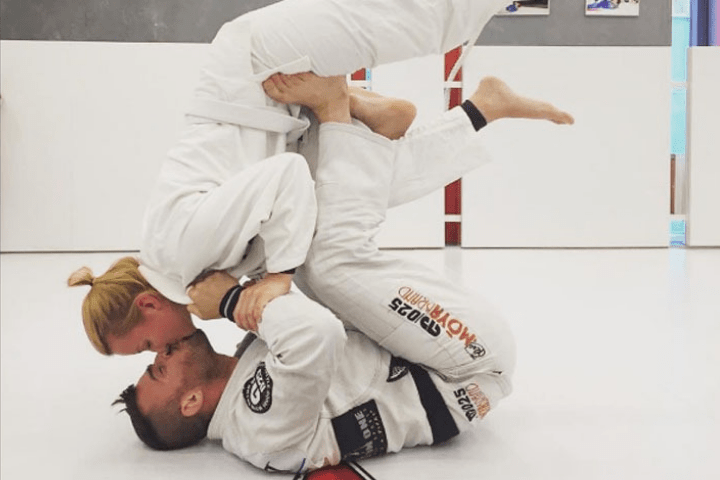 As you fall in love with Brazilian Jiu-Jitsu, you’ll begin to like the people you train with even more than before. You’re training the same sport, going through the same hardships, battles and successes; and you’re growing together. Therefore, it’s no wonder that you might begin to like one of your training partners more than the others… So much so that you’d like to date them.
And wouldn’t you know it – the feeling seems to be mutual, as the other side is showing interest as well! But should you go for it? Should you date someone from the same BJJ academy you train at?

Nick “Chewy” Albin shares his thoughts on the subject.

SHOULD YOU DATE SOMEONE FROM THE SAME ACADEMY?

Chewy begins by saying that he has seen both sides of the world… He has seen people date each other in the same academy (the one in which he’s teaching at) and witnessing them work extremely well together; and he has seen couples fall spectacularly.
But, nevertheless, he doesn’t have a “no dating” policy in his academy. The reason? Well, he’s met his wife on the mats himself!

Instead of giving advice so as to whether you should or shouldn’t date someone that shares the mats with you, Chewy gives two great pieces of advice. Firstly, you need to be mature enough to understand that you don’t own the other person if the relationship falls apart. And secondly, it might be a good idea to get to meet the other person outside of BJJ first (such as in another social gathering), before starting to date them.
He explains why on the video below: