Should You Be Drinking Plain Water or Sports Drinks as Jiu-Jitsu Athletes? 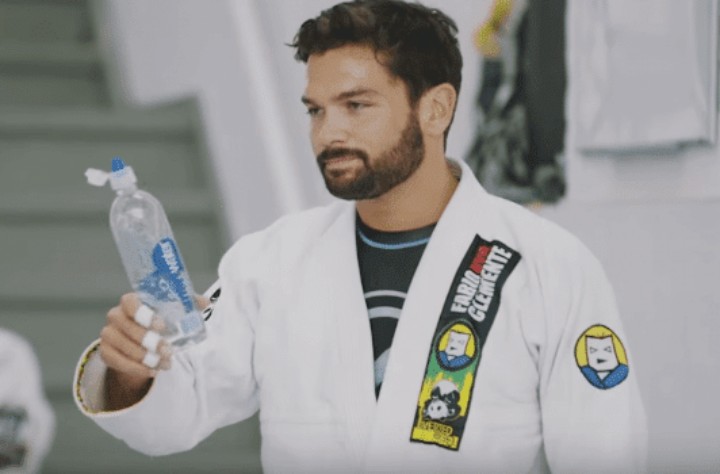 We cannot stress the importance of being hydrated enough. Being well hydrated has so many benefits to the human body, and believe it or not, it can even help you lose the weight that you’ve been trying to cut forever.

When you think about it, it only makes sense that optimizing hydration levels is essential to maintain normal body function. After all, up to 60% of the human body is composed of water.

That said, it’s no far cry to say that your physical performance is directly tied to your hydration levels. Here are a few points to consider with regards to hydration and fitness:

That being said, many people turn to sports drinks to satiate their thirst. Is this a good practice? While sports drinks do have their uses, it’s not applicable to all situations. As a rule of thumb, plain water is still best, but it is acceptable to grab that sports drink in certain situations. Let’s explore this idea.

Today, Evolve Daily explores the difference between plain water and sports drinks when it comes to hydration, and when to decide which is best to hydrate with.

Why do we sweat during exercise?

It’s no secret what happens to our bodies during exercise. We overheat and sweat it out to compensate, but have you ever paused to wonder what happens under the hood?

First off, why do we overheat? It’s because when we exercise, our muscles use up broken down glucose and glycogen, and these processes release heat as they produce energy to utilize. Heat then travels along with our blood and rises to the surface of the skin, and the body’s heat-dissipating mechanisms are activated. Sweat comes as a result.

Aside from sweating, however, there is another notable route of fluid loss: we have higher respiratory rates when we exercise, leading to more moisture lost in the breath.

Why should I care about fluid and electrolyte loss?

What do we lose when we sweat?

Sweat, also referred to as perspiration, consists of mostly water, with trace elements of ammonia, urea, salts, and sugars, among others.

The loss of fluid pokes at the body’s homeostatic mechanisms and stimulates thirst. If you’re thirsty and keep losing fluids regardless, you’ll not only be miserable, but your body function and athletic performance will also notably drop.

More importantly, however, is that we also lose minerals. These minerals are also called electrolytes, and they regulate the electricals that occur behind nerve and muscle function. Such minerals are sodium, potassium, calcium, and magnesium, and an imbalance in their normal levels causes spasms, twitching, weakness, and possibly even convulsions.

Should I get plain water or sports drinks?

Short answer: if you don’t train for several hours at a time and sweat out a significant amount of fluid, then you should opt for water mostly.

It’s not unusual to see brightly-colored sports beverages in the gym, but truth be told, most people don’t really need them. Unless you’re the type to sweat out buckets and lose a lot of electrolytes in the process, during a workout, water is enough to hydrate you.

If you’re working out to lose weight for roughly an hour at a time with little to moderate sweat, then without the urgent need for electrolyte replenishment, you’re better off without the added calories that sports drinks are known to contain.

How much water should I drink? 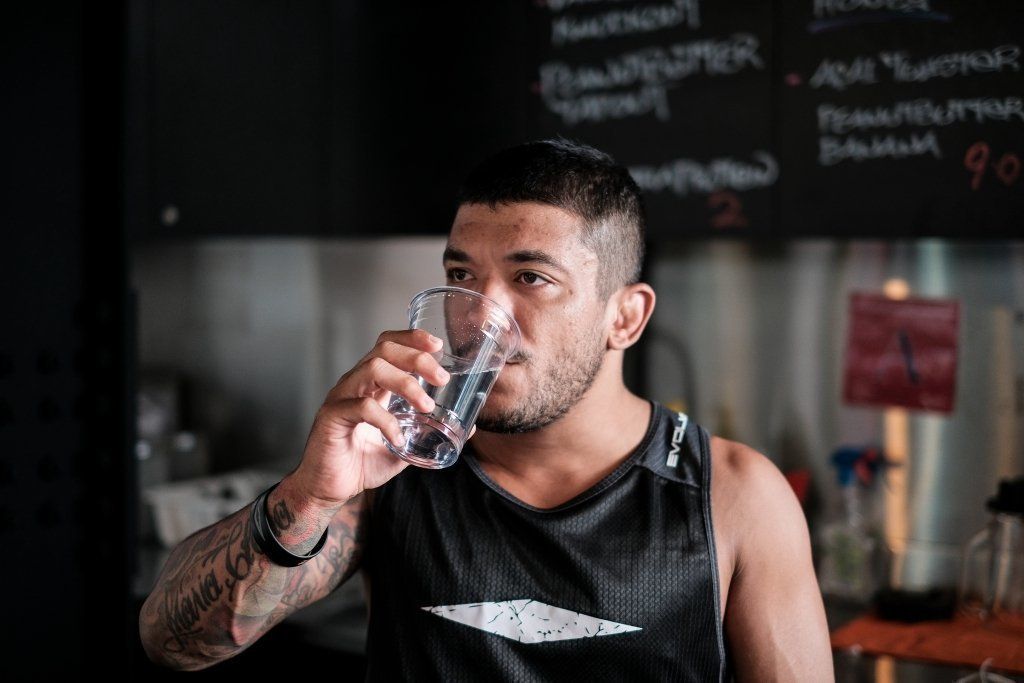 The ‘how much’ might be a tad extreme, but there is a way to measure exactly how much water you need to drink during your workout. It involves measuring how much water you sweat out in a single workout session, by stepping on a weighing scale, preferably digital for precision, before and after working out. To get accurate numbers, you have to ensure that you empty your bladder both times and that you endure the thirst during your workout.

Of course, this doesn’t mean that you should do this every time. You can do it once a few times, get the average, and set that as a reference point as to how much water you need for adequate hydration during a workout.

There are many smart scale options on the market right now that are relatively inexpensive. They can track your hydration, Body Mass Index (BMI), and other statistics which could be useful for helping you with managing your health and fitness. We suggest picking one up.

The general rule of thumb is to drink water when you know you’ve sweated it out, so keep that in mind.

When should I go for sports drinks? 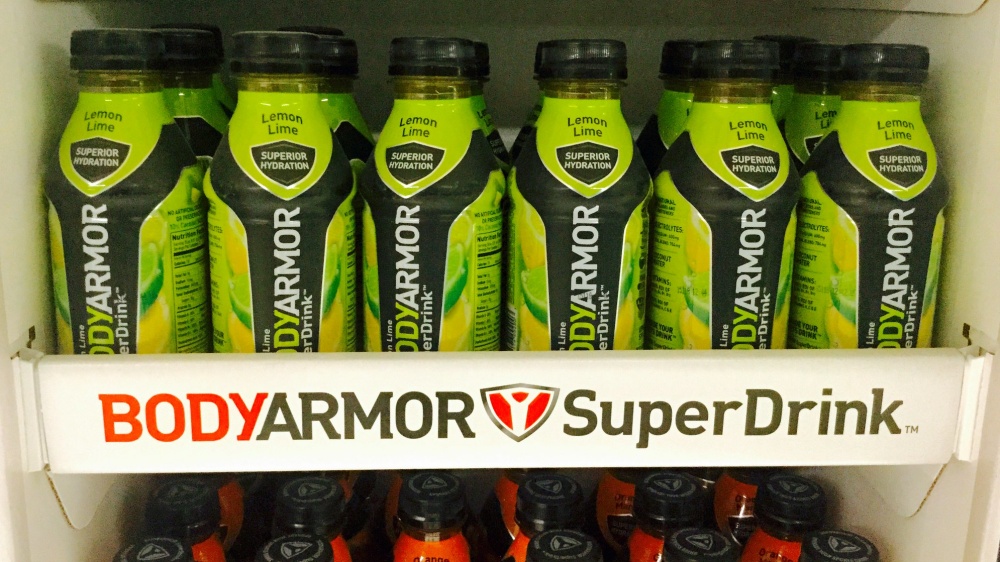 Sports drinks are generally not necessary, but that doesn’t mean it doesn’t have its uses. There are specific situations where grabbing one of those tempting bottles of sugar is more beneficial than water alone, particularly when endurance athletes and enthusiasts are training.

From the name itself, endurance training requires exertion for extended periods, naturally counting into hours at a time. The sweat excreted during this time carries a significant amount of much-needed electrolytes, which can then be replenished by electrolyte-rich sports drinks. The small number of carbohydrates present also serves to supplement the intense caloric expenditure in endurance exercises, and will give you a sharp and quick burst of energy.

We usually recommend drinking water over anything else, but in the case of marathon runners and triathletes, among others, we recommend that you replenish with sports drinks to boost your electrolytes.

When you’ve sweated tons and lost a lot of electrolytes, drinking water can over-dilute your blood and result in a condition called hyponatremia. Symptoms of the condition include headache, nausea, vomiting, bloating, and swelling of the hands and feet.