Should I Use Illegal BJJ Techniques In Training? 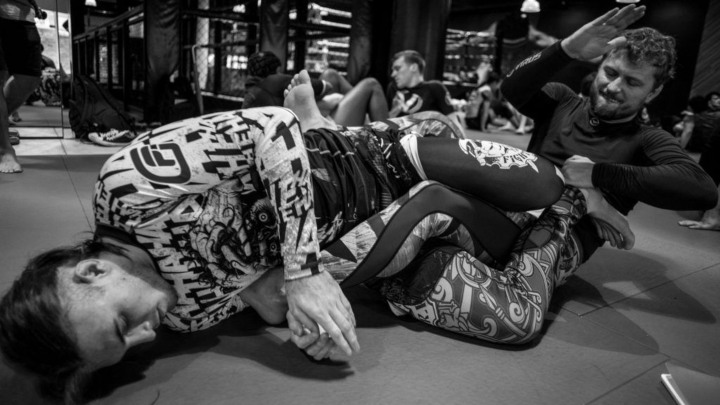 Brazilian Jiu Jitsu is an ocean, full of wonderful techniques! However, some of those techniques can’t be used in certain competitions. Whether you have a certain belt, at the level of which you are prohibited of hitting specific submissions; or you’re at a competition that forbids some moves altogether, the reality stays the same: there’re techniques which are illegal for you.
So, should you practice these techniques in training at all? What’s the point if you can’t utilize them in an actual match?

There’s tremendous use! Let’s break this down into three chunks.

ILLEGAL OR NOT, IF THE TECHNIQUE MAKES YOU BETTER – PRACTICE IT!

Jiu Jitsu is all about improving yourself. And that means, among other things, that it’s necessary to learn everything that is resourceful to your BJJ game – regardless of if it’s going to be used in competition or not.

In other words, the question isn’t if it’s an illegal technique; but if it’s making you into a more fulfilled Jiujiteiro. If it’s giving you more options to move from, if it makes you feel more in love with the martial art, with the lifestyle and with spending your time on the mats… Then it’s not that you should use it in training – but that you need to do so.

Plus, it’s not that being more fulfilled with Jiu Jitsu is the only result of practicing techniques you like; but, as mentioned before, it’s also that you’ll develop your game more!
For, sure: you may never use that specific technique or a set of techniques in competition. But practicing them in training will develop your eye for Jiu Jitsu as a whole. Then, when the time comes to apply a totally different submission, it might be that just that illegal technique will – without you actually using it – provide an insight into what you need to do so as to apply the „legal“ one better and get the tap.

DON’T MAKE IT YOUR SOLE FOCUS

Practicing illegal techniques in training is awesome! But don’t make them your sole focus; after all, there are competitions out there for you to win, and you can’t do that by getting DQ’d all the time.

This means that if you want to compete, then don’t develop your whole game around illegal moves! Using them as a tool for furthering yourself in BJJ is phenomenal. However, if they become the center of your technique universe, then you’ll grow too heavily reliant and dependent on them – which’ll probably lead to you using them when you really shouldn’t and with the referee standing you and your opponent up prematurely.

TALK TO YOUR INSTRUCTOR AND TEAMMATES

Lastly, it’s probably a good idea to talk with your instructor and teammates before using an illegal technique. This is especially true if the technique(s) you’ve set your eyes on aren’t taught in class and if the move is particularly nasty.

It’s simple enough: before the class, ask your instructor if they’re okay with you practicing and using the technique. If they’re not up for it, then by all means respect your instructor and stay away from the given technique.
If they say that you can go ahead and use it, then awesome! Now just let your teammates know that you’ll be trying something new. Don’t worry; you don’t need to disclose exactly what you’ll do. But, if the technique can lead to injuries, let them know that they should be careful when trying to escape; and then, once you catch them, pay attention to their reaction. It’s better to let go of the tap, than to injure your training partner.