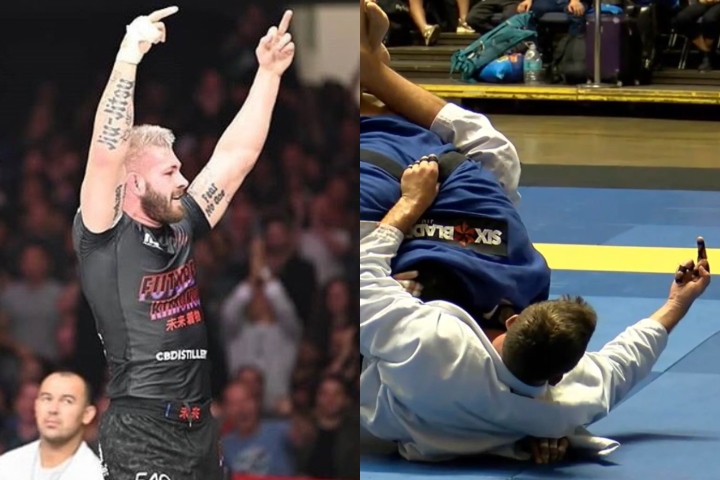 Trash talk… Is it truly necessary in Brazilian Jiu-Jitsu? It’s, for sure, becoming more prevalent in BJJ competition; where athletes are downplaying their opponents in an attempt to gain more attention to themselves.
But do they actually need to do this? Nick “Chewy” Albin shares his opinion.

One thing is for certain: Jiu-Jitsu competitors don’t actually *need* to trash talk. A lot of them fare quite well without them. However, Chewy also mentions one extremely important thing: BJJ competitors, like all other combat sport athletes, have a shorter career span. They have less time to make things “work” for them; i.e. they have a shorter time frame to make money and create a name for themselves.
Which is why trash talking is so important to them.

For, when athletes trash talk, it’s the audience that’s giving them the attention. The people watching the match and those sponsoring the athlete. So, trash talking can be a great way to stand out from others and make sure that you’re more in the spotlight than the case would be otherwise.
You don’t even have to be a trash talker; you just need to create a persona for others to see, that will bring eyes on you and your upcoming matches. Outside of that, you could (and probably should) stay your normal self… But the persona is there to bring your BJJ career through the rooftop.