‘Shoe Face’ Questions Paulo Costa’s Black Belt in BJJ: ‘Where Did He Buy His Black Belt? Wallid Ismail Gave it To Him’ 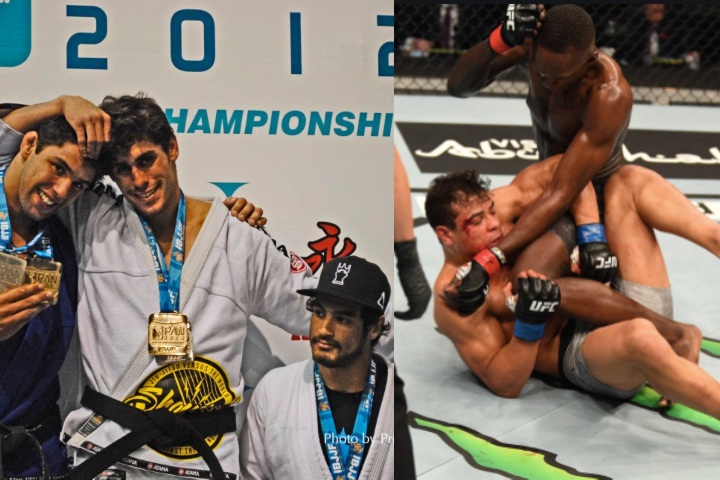 Antonio was a teammate of Costa at the TUF Brazil 3 show and was one of the few men who actually defended him during the show. However, he said that he felt betrayed once he learned that Costa was speaking behind his back:

“He embarrassed himself, right? I hope he can recover soon and that he is not hurt. The last time I lost, he talked a lot of trash. But unlike him, I hope he can get better, because we have a score to settle. He talked so much and didn’t do anything. He didn’t land a single shot on Adesanya and still asked for an immediate rematch. He should lower his head and realize he’s not above anyone else. He just got here and is trying to get ahead.”

“I want to know where he bought his black belt,” Antonio continued. “I don’t know if it was Wallid (Ismail, Costa’s manager) who gave it to him, it must have been. He’s no blackbelt and he still got dry humped at the end. He should’ve put vaseline on his ass, not his face.”

“He wants to do something and then he disrespects you, that’s his thing,” Carlos Junior said. “In the house, I was the only one who defended him. People talked about him all the time and I would defend him, I’d say he was a nice guy. Then they started telling me he used to talk about me, too. That he tapped me, that kind of thing. He made everyone in the house his enemy. It’s what he does. Nobody likes him. He’s really a bad seed.”

“You’re with someone who defends you and you bad-mouth that person to the guys on the other team? That’s just bad character,” Antonio said. “He left while owing money to our boxing coach. There’s a lot of stuff about him going and lots of people speak ill of him. Where there’s smoke, there’s fire. I wished I would’ve noticed it sooner.”