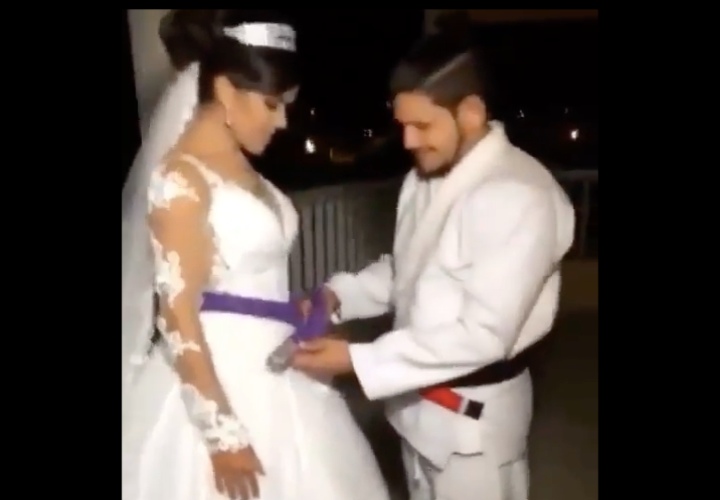 Getting promoted in BJJ is a big deal and a very emotional and nerve wracking experience.

Now, combine that with getting married and you are sure to cry from joy! This was the case at a wedding between an instructor and student in Brazil: