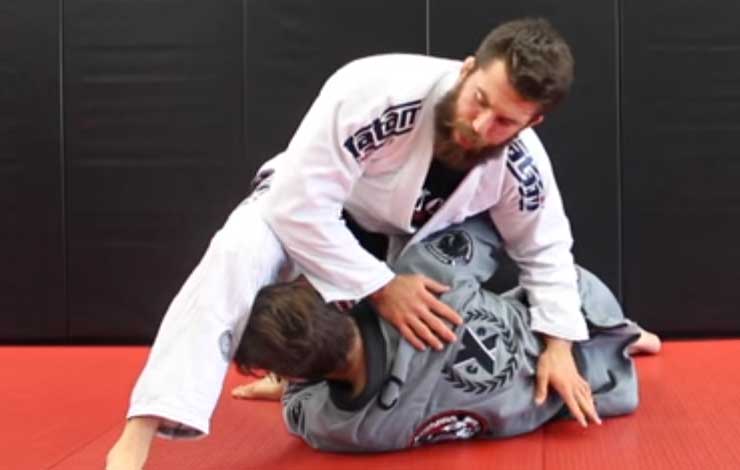 Being big when starting out bjj can be a bit of a crutch. Naturally often one would develop a good pressure oriented gameplay that favors getting so side control and slowly subduing the opponent from there.

But if you want to be more submission oriented and focus on transitions as opposed to suffocating play style here’s a worthy option.

Of course allowing space between yourself and the opponent is usually a big no in bjj but sometimes it can help.

When rolling or competing in Brazilian Jiu-jitsu it’s not uncommon to find yourself in a tight side control with an opponent who has decided to just ball up.

While this person isn’t threatening an escape. It can be tough to submit them. If they’re not moving or making any adjustments. It’s hard to find the opening at times.

This is where the idea of allowing, just a little bit, of space comes in.

There are a handful of really common escapes or ideas on escapes from side control in Bjj. One of which is getting the underhook and coming out to the side. In fact, this is one of my favorite options for escaping.

One thing that we can do in order to take advantage of these common responses is to allow space in the exact area that is needed to execute the escape.

This will encourage your opponent to go for the escape and if you have a counter to it, you’re walking them into a trap.

When they move to use their side control escape you then counter and use the movement created from the transition to catch them.