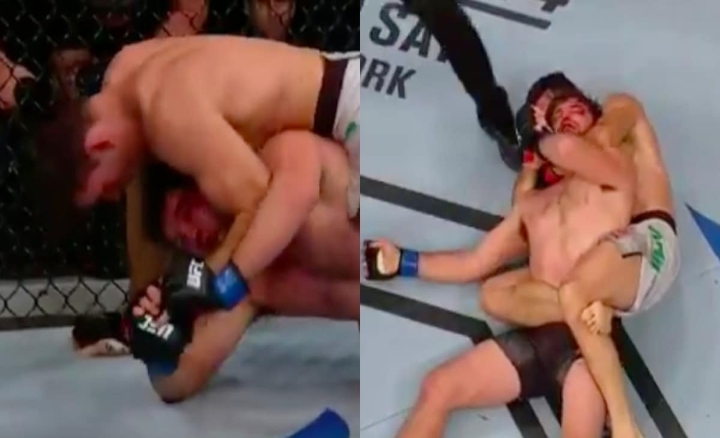 Ben Askren has always been very critical of Jiu-Jitsu. After all, Askren famously self promoted himself to black belt in BJJ:

The recently retired MMA fighter and Wrestling prodigy said in response to a fan question on Twitter that he regretted noy having put in more time in learning Jiu-Jitsu:

“I never really had a great jiu-jitsu coach until really the end of my career when I found Marc Laimon. I really enjoyed him. But before that, there was really a mix of different jiu-jitsu coaches at (Roufusport), and I think that my potential to choke people out went untapped.  “I was the best pinner in modern era of college wrestling, and I think if I would have went to work with, say, the Danaher Death Squad or Marcelo Garcia, I could have really tapped into that at a much higher level. But then at the same time, I really liked being coached by Duke (Roufus), that was going well, and I always thought, ‘Hey, I’m good enough on the ground. I need to work on the striking end of the takedowns.’ I always thought, ‘Hey, I’m going to be done in a couple of years.’ And then it just ended up so happening that I fought until effing 2019.

“If I would have put some more time into jiu-jitsu, I think I could have gotten better choking people. But, hey, that’s how it goes sometimes. That’s what I would have done a little bit differently had I been able to go back and do it again.”

Askren was a guest on the Joe Rogan Podcast where he criticised the training methods of BJJ schools and what he sees as a lack of drilling.