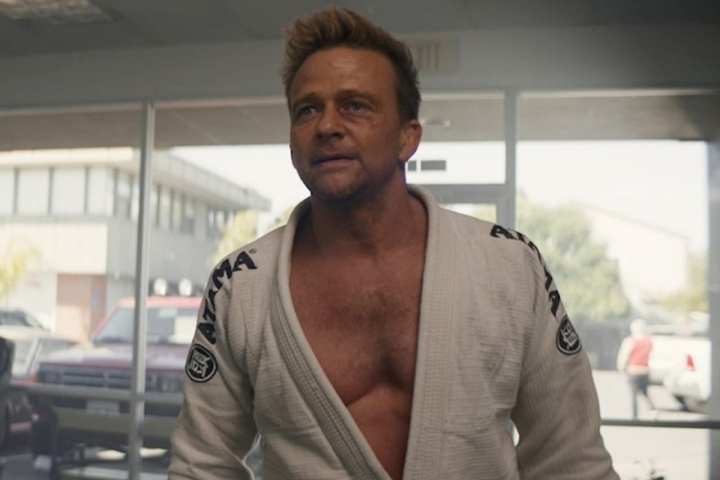 Should you stick to the basics… Or go for the flashy techniques once you reach your blue belt?
Well, for Sean Patrick Flanery – BJJ black belt and actor, best known in the Jiu-Jitsu community for his role in the “Born A Champion” movie – it was a sudden realization that basics work no matter the skill level that made him stick to them.

He revealed his learning experience in a conversation with BJJ Fanatics:

I thought the trap and roll was garbage as a blue belt. I was an upper blue belt thinking man, that might work on white belts, but it doesn’t; and of course, I was bridging to one side, they base out and pop.

Then, once you understand the concept of how to actually bridge, and you go: “Oh my God, Eureka.”

Flanery also emphasized that, if you want to become successful in BJJ competition, you need to learn how to “predict” things:

What is the best type of opportunity in the world? One that you already know is coming.

Well, that is good Jiu-Jitsu. When you put something in play, going: “This is either going to work or he is going to do one of these five things… And I already instinctively have my five recipes for all of these five.”

Of course, learning how to do these things – the basics and “predicting the future” – takes a long time:

Once you understand things, you become unstoppable – but it takes thousands of reps.

Watch the conversation on the video below: