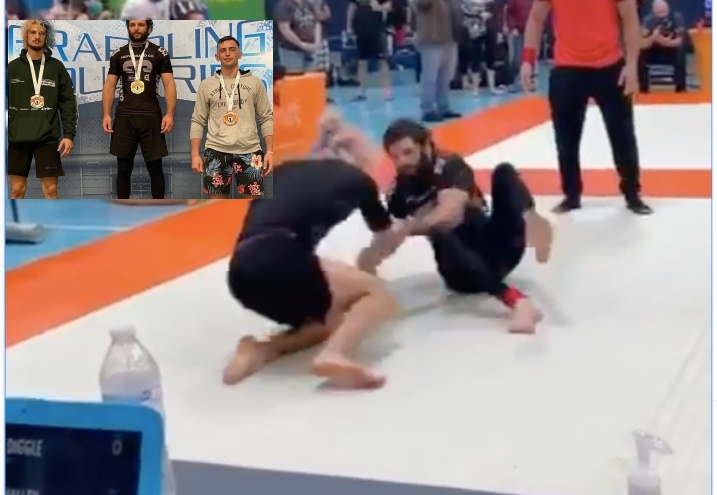 UFC bantamweight Sean O’Malley competed recently in the grappling industries tournament. The puurple belt O’Malley did a good job reaching the finals of the advanced division but when he reached the finals he faced a formaidable oppponent in John Danaher brown belt Robert Degle. The Danaher squad member wasted no time in setting up a heel hook, finishing the UFC star.

O’Malley last fight in the UFC was a TKO loss to Marlon “Chito” Vera, so he’s keeping busy competing in Grappling. He is a purple belt under BJJ legend Augusto Tanquinho Mendes.

Degle had nothing but great things to say about O’Malley:

“Had a great opportunity to compete against the rising UFC star Sean O’Malley in a @grapplingindustries event here in Phoenix, Arizona,” Degle wrote. “For Sean to compete in such an event demonstrates a very respectable desire to grow as a martial artist. Realistically he had nothing practical to gain by doing this event. The man has over a million followers and is surely making bank in MMA. So why do the event? We spoke afterwards and he explained that he simply loved JuJitsu. I hope the experience of competing against me helps push him to further development as a martial artist. I was a fan before but an even bigger one now.”