Score 9 Points in a BJJ Match with This Takedown Sequence 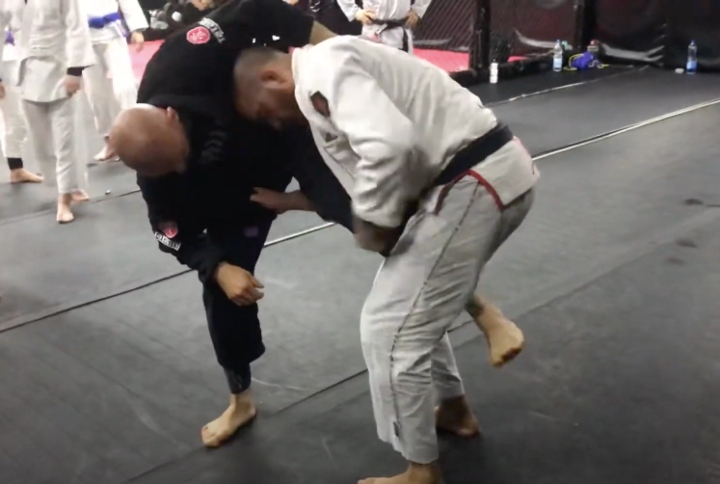 In BJJ, you want to know the rules so that you can use them to your advantage.

How about if you start off the match with a huge 9 point advantage? Then you have pretty much already won and you can cruise your way to victory.

In this video, Bjj black belt Gile Huni of Kimura BJJ Serbia teaches an amazing sequence to his students, which if everything works out,  can give you 9 points in a bjj match.

Gile starts off by setting up a sweep single takedown, which with the collar grip lands the opponent on his side. That’s 2 points for the takedown. He then proceeds to wedge his knee between his opponent legs, ending up in a leg weave guard pass. He smasjes the opponent and proceeds to pass straight to mount. That’s a 7 point move right there.

In BJJ rules, if you take your opponent down and end up right away in mount or side control, it’s counted as just 2 points for a takedown. If take them down and end up in the guard it’s 2 points as well, however, if you pass the guard after 3 seconds, you get an extra 3 points.If you go straight to mount then it’s 3+4=7points.