Russian Wrestler Gets Choked Out, Continues And Wins Gold 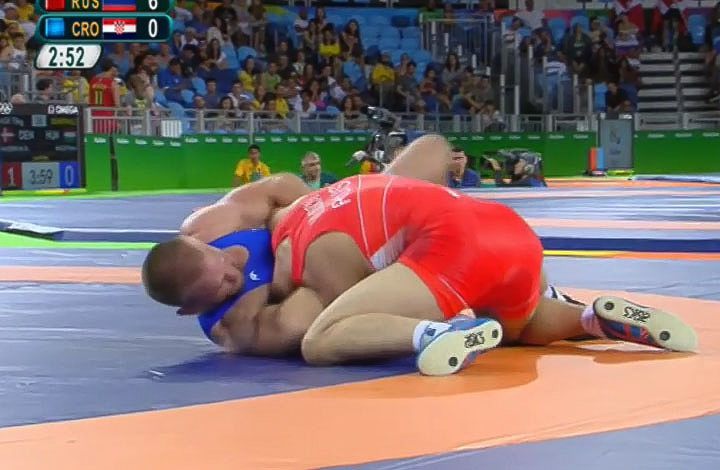 At the 2016 Olympic Wrestling events, there was some controversy!

In the final match of Greco-Roman upto 75kg category Russian Roman Vlasov met with Denmark’s Mark Overgaard and defeated him securing the gold medal. But he had a rough time getting there – he almost got an injury disqualification.

His semifinals against the Croatian Božo Starčević featured the now 2x Olympic Gold medalist Vlasov getting choked out. Yet the match somehow continued and he secured a victory and the spot in the finals.

There’s an intense debate going around as to whether that head pinch was legal or not – many members of the Greco-Roman wrestling community stand divided along the issue.

You can watch the Guillotine in question here:

“In the 2nd half of the match I didn’t feel like I was fighting an Olympic gold medalist and a world champion, he looked like my sparring partner at the club. If I only knew he would fall so much in conditioning I’d have attacked sooner. This way, the begining ended up costing me since I knew Vlasov was the type of wrestler to always go hard right away I let him score the 6 points. Too bad, my whole life I will be haunted by this fight.”

“I made an attempt the judges didn’t award because they thought it was a choke. I made an unsactioned move and the judges hurt me. According to the rules, they should’ve waited 10 seconds but they didn’t. One judge – the female one awarded it but the rest thought it was a choke. Everything was clear to me when I saw the judge from Uzbekistan and other former soviet countries – there’s no help against that lobby”

What do you think, was it a chokehold?