Russel Brand Got Cauliflower Ear and Had It Drained 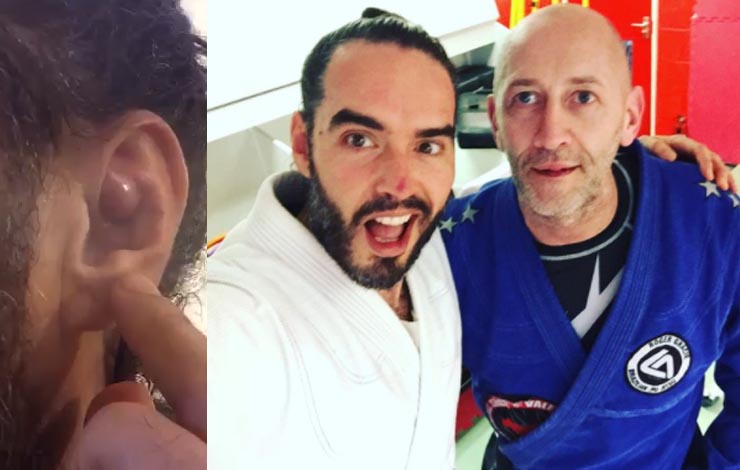 Russell Brand is known for several things, among them his stand up comedy, acting and former dalliance with pop singer Katy Perry.

He’s the latest Brit to have joined the BJJ band wagon. He recently guest starred on Joe Rogan Experience and here’s what he revealed about his bjj experience:

My exercise regiment changed not entirely unrelated to listening to your podcast, I like now do kickboxing once a week, do jiu jitsu once a week and honestly (Joe) has influenced me. – Russel revealed back in July 2016.