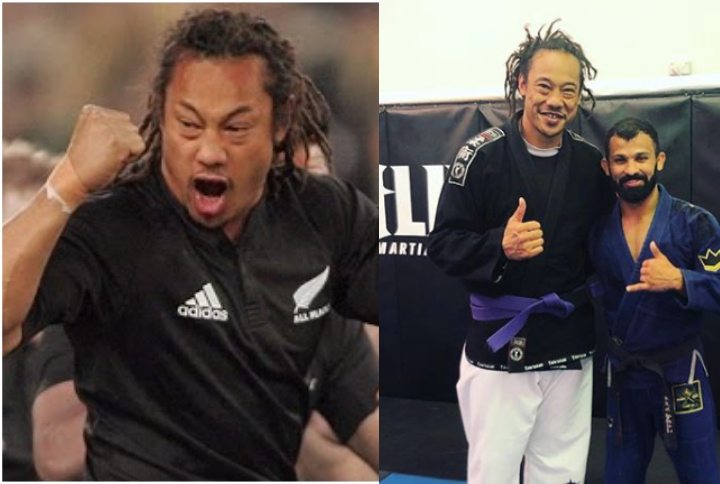 One of the toughest sports in the world is indubitably Rugby.
Rugby great Tana Umaga is the former captain of the New Zealand national Rugby team, the All Blacks.

Graham Henry named him as All Blacks captain in 2004; under his leadership the All Blacks won 19 of their 21 games including the clean sweep of the British and Irish Lions and the Grand Slam in 2005. At the end of 2005, after 74 Test caps (where he scored 36 tries), Umaga retired from international rugby.
He officially retired as a player at the end of 2011 ITM cup season.

Since then, his new love has been Brazilian Jiu-Jitsu! He is currently a BJJ purple belt and has even competed in New Zealand!
Umaga is not the only rugby star that trains BJJ: 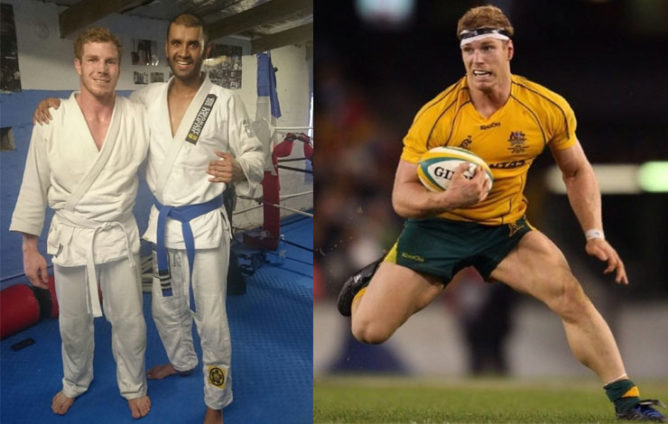 Tana at the Andre Galvao and Josh Hinger seminar:

Priviledged to meet and learn from legends in Brazilian JiuJitsu. Champion people!! Professor @galvaobjj Giving me some tips for tackling!🙏🏾✊🏾 and re-connecting with Champ Professor Josh @hingerbjj All the best at the ADCC finals#DrilltowinmysecondBJJbookPurchase! Thanks to Professor Eugene Bareman @citykickboxing for giving us the opportunity and also for being awarded his black belt tonight!🙏🏾🤙🏾 and the USO’s of @oliversouthside #Laughingandlearning! 🤣 @johnhicksphotography @sorrisobjjclub

Tana in a BJJ competition as a white belt: