Rubens “Cobrinha” Charles Gets Inducted Into The ADCC Hall Of Fame 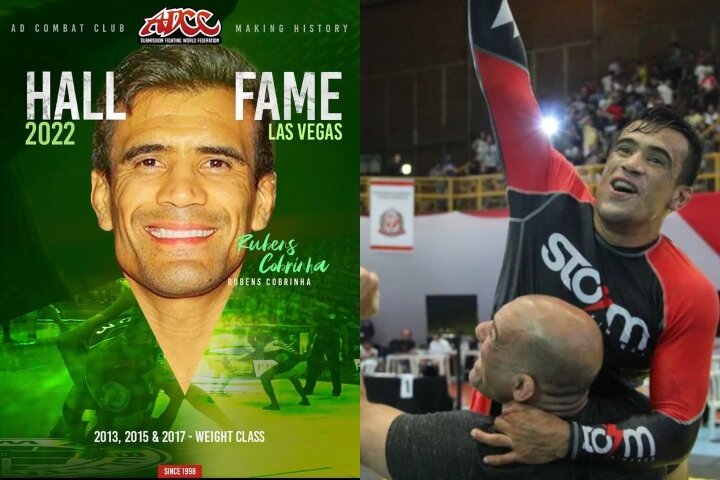 Rubens “Cobrinha” Charles is the latest ADCC Hall Of Fame inductee! The ADCC team shared the news on their official account yesterday:

ADCC Hall of Fame: 3X champion Ruben “Cobrinha” Charles. Cobrinha would start his title run in 2013 when he defeated Rafa in a 40 min finals match. Cobrinha would go on to win 3 consecutive division titles, a feat only 2 others have accomplished (Marcelo Garcia and Royler Gracie.)

Cobrinha (meaning “Little Snake” – nickname given to him during his Capoeira days because he was extremely agile and flexible) is truly a Brazilian Jiu-Jitsu historical figure. Although he first trained Capoeira, Cobrinha’s BJJ potential was discovered by the legendary Fernando Terere. Even though he started training late (he was 21 when he first stepped onto the mats), Rubens went on to work and train under Terere for a long time, before he joined the Alliance Team.
Fast forward to today, Rubens is known as an IBJJF World and as a 3x ADCC champion. He is loved by grappling fans worldwide; both for his aggressive style on the mats and his kind demeanor with other people. He is also a well-accomplished BJJ instructor.