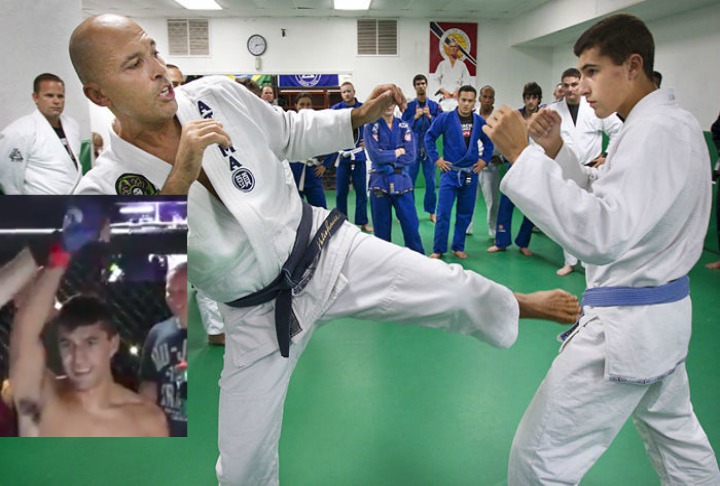 In recent weeks, the UFC made a list of layoffs and now it was Bellator’s turn to give up 18 fighters incuding Khonry Gracie , son of the legend Royce Gracie.

Welterweight, Khonry debuted at Bellator in January 2018 and only had four fights in the company, with a performance of 50% success (2-2).

Unlike his first cousins Ryron, Rener, and Ralek Gracie, and uncles Rickson, Rorion or even his father Royce, Khonry never competed in Jiu-Jitsu and went straight to MMA. When asked why he said:

“because tournaments are all about points. Today it’s maybe some of the best guys in the world finish in submissions, but most people in tournaments today don’t submit, they win by point system. It does nothing to do with what i wanna do, which is MMA.”

“When I grew up I played soccer for almost 10 years. I played soccer, I was very focused on soccer. Jiu-jitsu was a hobby. I learned jiu-jitsu and I taught jiu-jitsu, but I didn’t actually need to fight until three years ago I made a decision. ‘Look, when I turn 20, when I turn 21, I’m gonna fight, I’m gonna start my career.’ It wasn’t until three years ago when I officially focused on MMA, but I’ve been training jiu-jitsu my whole life.”

“I had an offer to go play soccer for an university here in California, or I could focus on jiu-jitsu and focus on MMA and try to go pro in that,” he said. “That day came when I had to pick one or the other, so I picked jiu-jitsu. It was all my decision. (Royce) never forced, which I appreciate now looking back at it. I’m glad of the decision I made. No regrets.”

Check out all the names below: