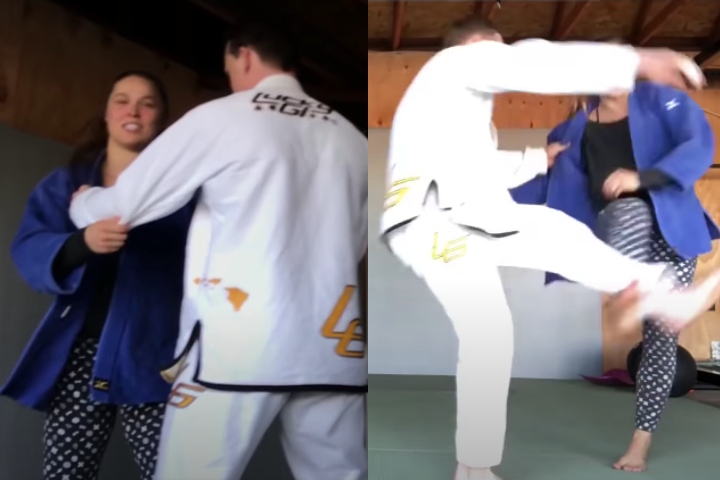 Former UFC champion and Judo Olympic bronze medalist Ronda Rousey walks us through the way she sets up the Kouchi Gari foots sweep.

Grips and The Feint
The starting position for the Kouchi Gari throw is a same-sided grip on your opponent’s sleeve, as well as your opponent gripping your collar with his opposite hand.

Use Your Sweep Leg Properly and Go Through Their Hips
As you land on that leg, your sweeping leg will hook your opponent’s front leg in order to take him down. This sweep is done diagonally. And pay attention to the way instructor Ronda hooks her training partner’s leg – it is behind his heel. The sweeping foot must also not be flat when performing this movement, but it needs to make itself into a „spoon“,  in other words, the bottom of your foot needs to face his heel.
It is also very important that your hips go deeply into and through your opponent’s hips as you initiate the Kouchi Gari. For, if you leave them back, you might be countered. 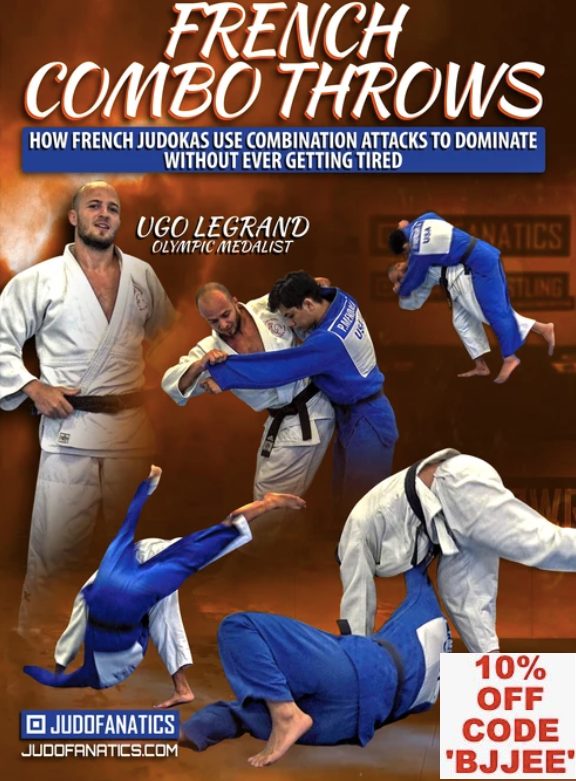