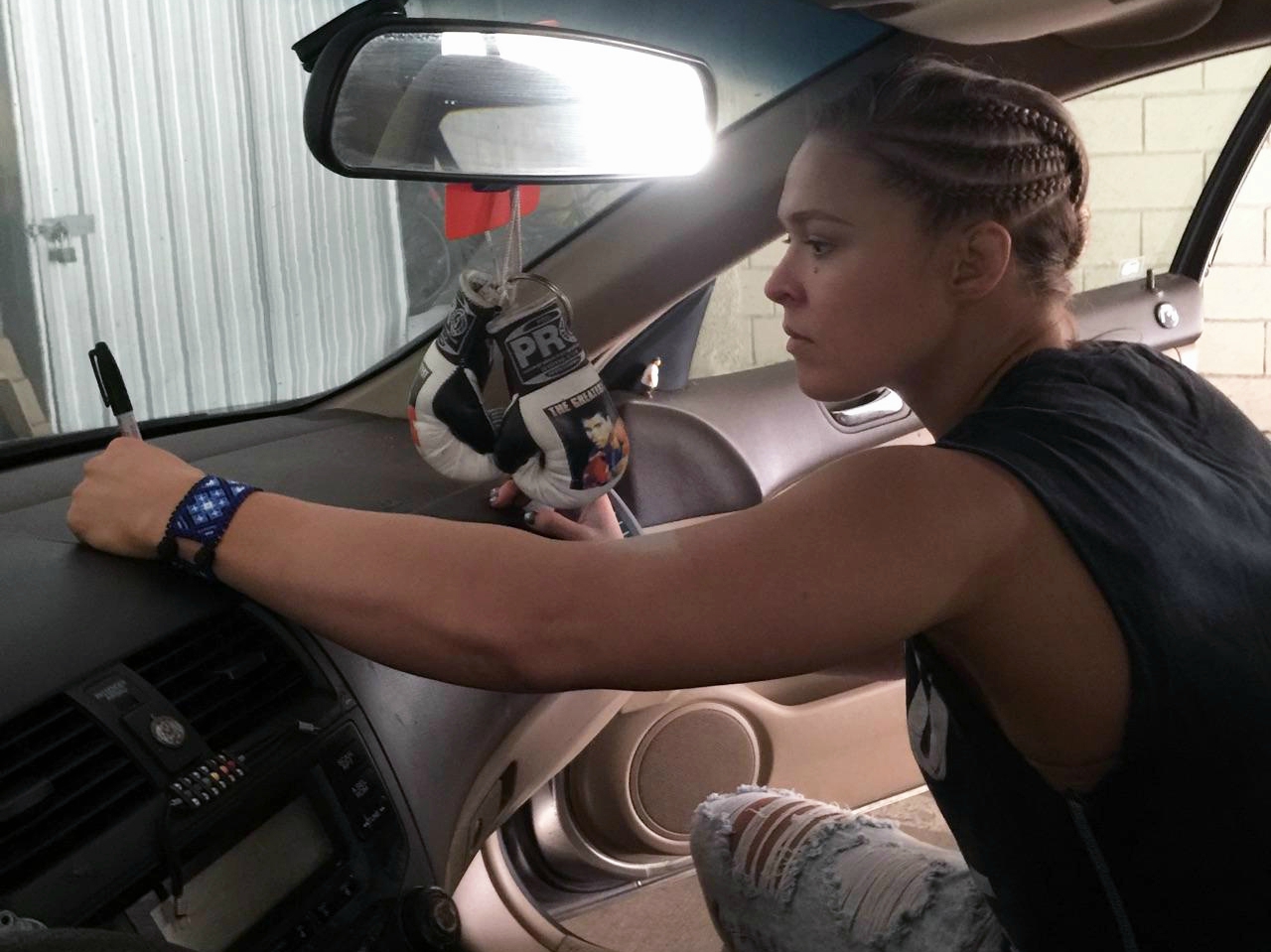 UFC champion Ronda Rousey is selling her beloved 2005 Honda Accord, which she affectionately calls ‘The Fonda’ on eBay. This was the same car where she used to sleep in, during the days when she was broke (after the Olympics and before MMA career).

Here is what is written on the ad on Ebay:

Want to own Ronda Rousey’s 2005 Honda Accord LX? Here’s your chance!

There are many of Ronda’s personal belongings inside the car including medals, UFC programs from past events, patches, hats, and all kinds of random Ronda items. You can see from the eBay photos what all the items are that are located in the car. We (Ronda’s family) like to joke about all of the cool things you find in Ronda’s car. Every time you open the door, it’s is like an archeological dig! Also, Ronda did glue a few medals, patches, coins, and figurines to the inside of her car which probably aren’t going to come off.

Below you can also view two YouTube videos of Ronda dancing, singing, and having fun in her 2005 Honda Accord.

This car has 156,098 miles on it as of 5/31/15. Ronda’s mom might drive it to the grocery store or to the 7 Generation Games office once or twice before the car is sold, so the car might have about 10 additional miles on it before the new owner picks the car up.

The car runs fine, but does need a new transmission. The new owner will need to pick the car up in Los Angeles, or make their own shipping arrangement

She has such a huge fan base that raising the price way up won’t be a problem as this is a piece of sport memorabilia. The bidding has already gone up to $21,000. This car has 156,000 miles on it.

Ronda stated a condition to selling the car:

“I love it very much and hope that the next owner will be someone who will love and respect it. And not some crazy super fan who jerks off to it everyday.”

Ronda personally inscribed a message on the car’s dashboard:

“You were the best noble steed I could ask for. You never broke down, you hung in there when I couldn’t afford to change your oil. I could always depend on you. I love you, enjoy retirement.” 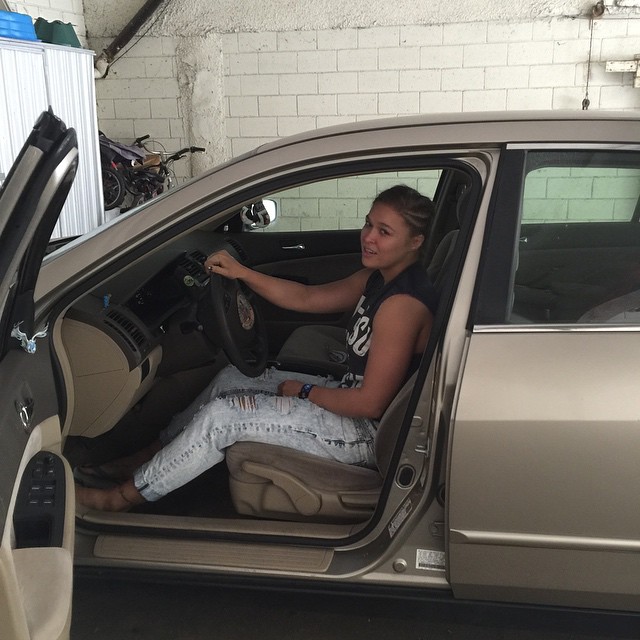 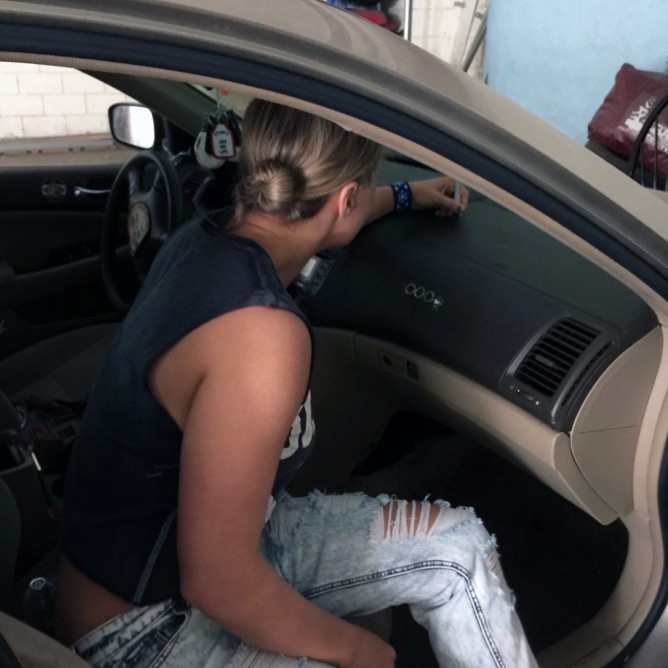 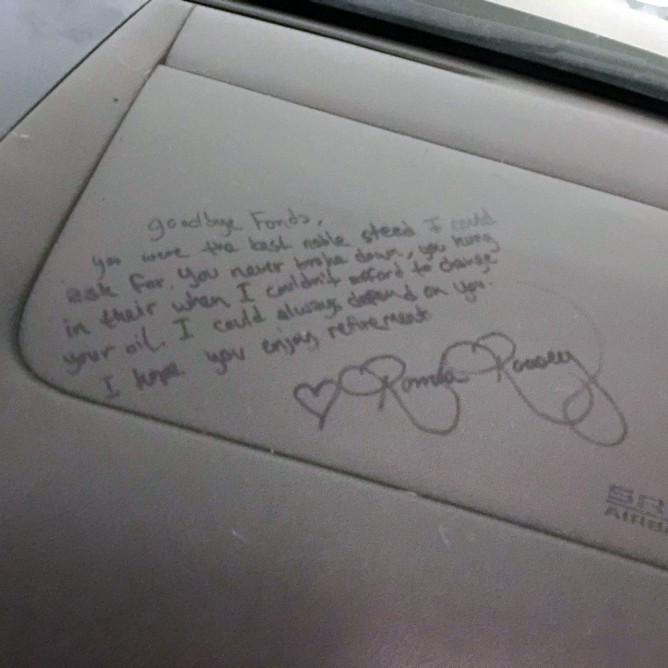