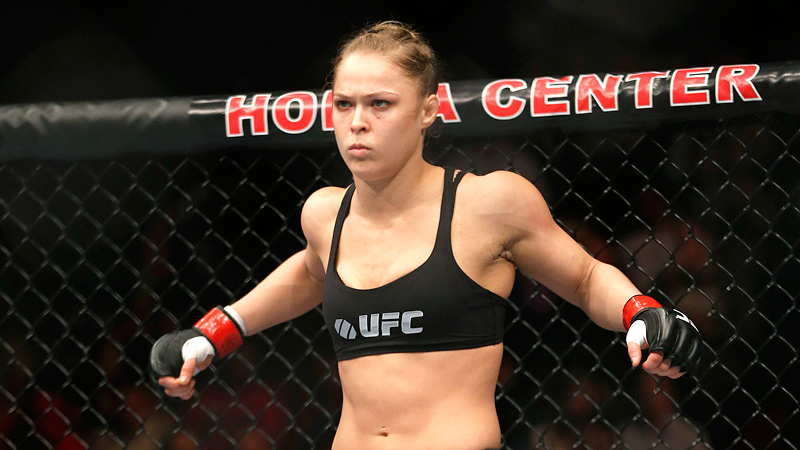 Allison Glock spoke to Ronda Rousey for ESPN about her diet:

“I try to keep healthy-ish, but I’m so on point when I’m in camp that having a vegetable wrap would actually only be healthy-ish because of the wrap on it,” Rousey said.
“Like last night, I got the fried calamari and I took all the bread off before dipping it, and that was my treat. And I had one little rip of the cotton candy because I thought maybe gourmet cotton candy would be different. It wasn’t. And I ate all the raspberries off the desserts. Everyone else had dessert. I ate the raspberries. And I wouldn’t even do that during camp. Let me show you what my training diet looks like.

[Takes out her phone, pulls up a sample menu.] Here we go. 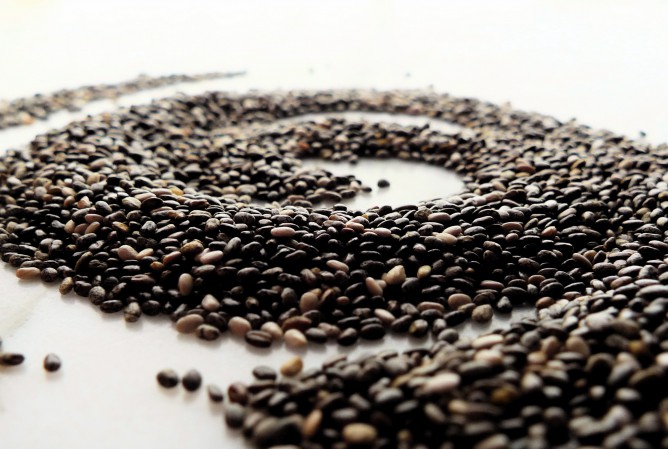