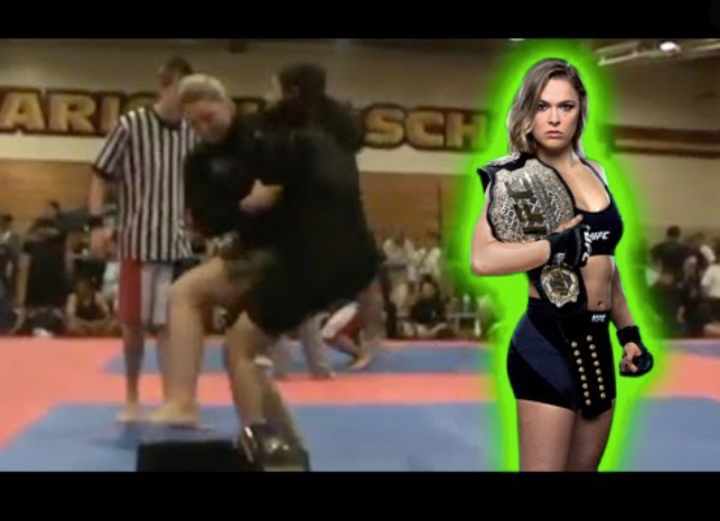 Back in 2013, USA Today reported that Ronda Rousey had plans that extended beyond MMA. She wanted to be a world champion in Boxing and Brazilian Jiu-Jitsu.

According to Time Magazine, Rousey stated:

“I want to be remembered as one of the greatest fighters of all time in any sport.

Ronda Rousey had said in a past interview that she can beat any female grappler in gi or no-gi BJJ.

That statement sparked some controversy, and many of the top BJJ women competitors challenged Rousey to a Metamoris type grappling match.

“First of all she is dead wrong. I don’t think she can beat any of the current black belt world champions. The skill level is so high and all she knows is that armlock. She is a great judo fighter, but in a Jiu-Jitsu match all you have to do is pull guard and her judo is done. I’d love to be in a fight with her. Maybe the people at Metamoris would like to promote a match like that. Jiu-Jitsu is much more than an armlock. It’s a lifestyle.”

Rousey’s answer as she told BloodyElbow about a potential grappling match with the BJJ champions:

If people want to pay me as much as what I get paid in the UFC to go roll with them, I’d go do that too! But I’ve got movies, I’ve got fights, and I just don’t have the time to put in a grappling training camp. They’re only upset because they think they can beat me, so why shouldn’t I be just as upset at their opinion thinking they could beat me? Why are they so much more entitled to their opinion than mine?