Rolling While Injured: How To Make Your Game Evolve 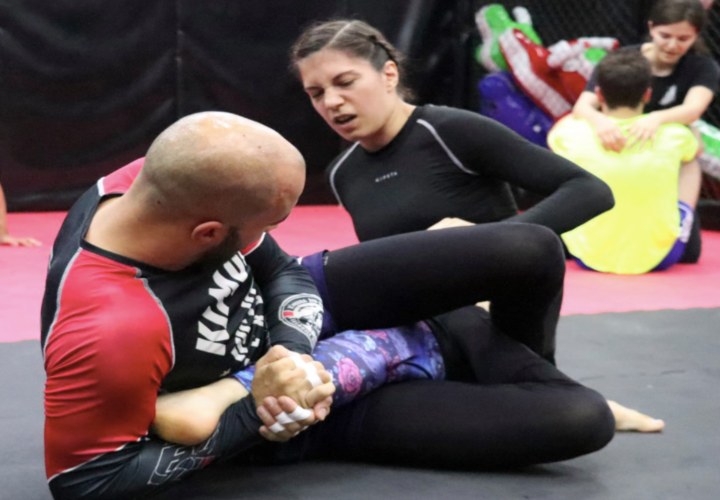 Injuries suck. There is no denying it. When injured you are faced with some tough decisions. Do you wait until you are 100% recovered before going back to training? Do you go back but just roll light?

It all really depends on the extent of your injury. In my experience with injuries, I always went back to training when I had recovered about 70%. The positive thing about rolling while injured is that because of your handicap, you are forced to step out of your comfort zone and change your regular game. This means that you have to explore new options and rolling styles which you wouldn’t normally do. This expands your game.

It is very important to choose who you roll with: Only people who have a controlled style. Avoid heavyweights for the moment and spazzes.

Speed and intensity of rolling

When you are injured you can’t go ‘Mundial finals’ intensity while rolling. You should go into a more composed and controlled level. Slow it down. This means that you will be rolling more technical and in a more flowing style.

Last night I was rolling with some guys that I don’t normally roll with and it was great because I worked some new sweeps (tornado roll type) that I normally never go for. Don’t be afraid to open up your game and explore the millions of possiblities of Jiu-Jitsu.

Become a master at a set position or technique: The Roberto “Gordo” Correa example: 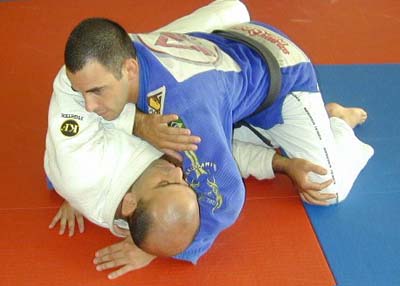 Half guard master Roberto Gordo Correa on the bottom

Roberto Gordo is famous for having developed his famous half guard style while he was injured:

When he was a purple belt, a defining moment in Roberto Correa’s life occurred. He injured his knee severely, an injury that prevented him from training, but “Gordo” wasn’t convinced and decided to return to the mats prematurely. In order to keep his knee safe, he started playing from the bottom controlling one of the legs of his opponent with his own legs. This was a position he used defensively to keep his opponents from passing his guard. People had “fallen” into this position before, but Roberto started exploring it to his benefit. He was so fruitful that he started training specifically this position even after his convalescence period being extremely successful both in class and in competition. People started calling it “Meia-Guarda” (English equivalent to Half-Guard) a position that became fundamental for any Jiu Jitsu fighter of the modern era.

So next time you find yourself injured, make the most out of it. It could be a blessing in disguise for your game!