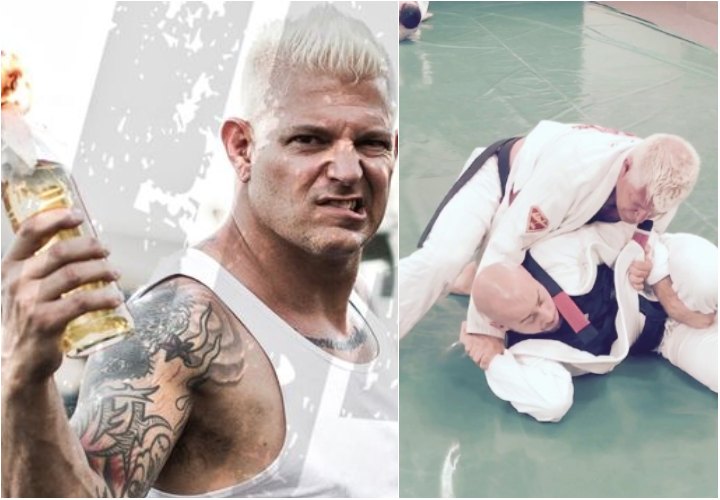 The guitarist and frontman of the Metal band Biohazard, Billy Graziadei is a BJJ black belt who has been training since as far back as 1993.

His Jiu-Jitsu story is unique as he was training while on worlwide tours for as long 18 months. He would bring BJJ instructors with him on tour such as Luis Heredia and Kazeka Muniz. He has received extensive training from Renzo Gracie, Royler, Rickson and Rorion Gracie.

Billy has  a true passion for Jiu-Jitsu, during his whole musical career he was always training and always spotted wearing BJJ T shirts.

Here you can see Billy rolling at the Gracie Academy:

Billy Rolling with Trivium frontman Matt Heafy who is a purple belt: