Roll Dirty With This Fingers On The Face Technique, By Paul Schreiner 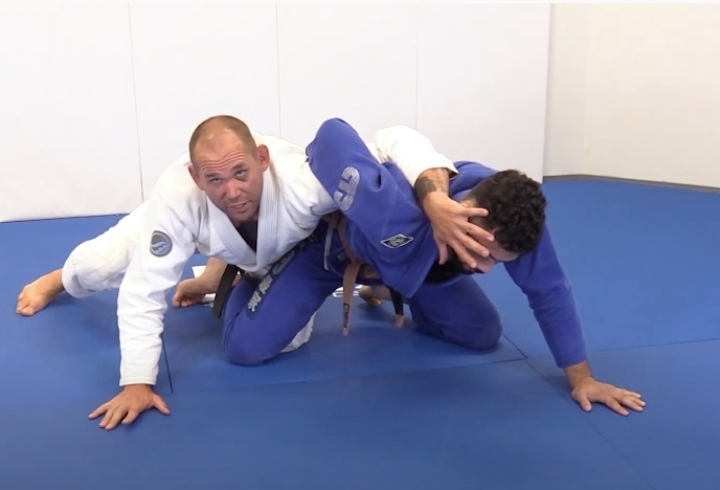 Sometimes in Brazilian Jiu Jitsu, you’ll need to resort to tactics and techniques which some may deem as „dirty“ or „too rude“. And one of those times is when you’re fighting against a strong Whizzer, especially against someone who knows what they’re doing.
Paul Schreiner demonstrates and explains exactly what we’re talking about; using your fingers against the opponent’s face in order to come up on top – both literally and metaphorically.

Now, we know what you’re thinking. „Fingers on the face?! My training partners will hate me and call me all sorts of names if I do this!“ And we hear you, we understand what you’re trying to say. Nobody wants to make enemies in class; after all, it’s a place that you enjoy being in and you like the people, the friends, you roll with.
So, you might not be used to utilizing the so-called „dirty“ techniques and setups, such as grinding your elbow across the training partner’s throat or pulling them by the collar while holding a Knee On Belly position. You don’t want to be labelled as „that guy“; as someone who is a prick to roll with.

And yet again – that’s perfectly reasonable! But the thing is, you should still know how to use these techniques. In the end of ends, Jiu Jitsu is a combat sport, and things aren’t supposed to go smoothly and friendly at all times. Especially in competitions.
For that reason, you need to start using the dirty techniques a bit more… So that you have them in your skillset, so that you can use them on the competition mats once the time comes!

Ask your training partner, before the roll, if they’re alright with you using these moves and setups. By doing this, you’re showing that you respect them; and you’ll find that they’ll be okay with your proposal much more often than not.
Once you have their word of approval – and your mind is ready to be a bit of a prick for change – it’s time to use your fingers against their face.

FINGERS ON THE FACE

Paul begins by explaining that this setup is great for winning the Dogfight position, as well as a strong Whizzer. To begin with it, he gets up from Deep Half Guard, reaching for the training partner’s belt on the back; which his partner counters with establishing a Whizzer.
Then, Paul aims to first build elevation, doing so by posting on his other hand. Having done that, his principal goal transfers to – you know it – getting the fingers across the training partner’s face.

To do this, he has to bring the first hand (which was on the partner’s belt) all the way across and in front of the partner’s face. However, he can’t „just do it“. He has to create an angle for himself first and foremost, one that will enable him to reach as much as he needs to; without getting stopped in his tracks by the Whizzer.
In order to set this angle up, Paul explains that he has to shift his hips back in a way. This is actually really easy to do; he basically rocks his body back in one motion, behind the partner a bit, and sneaks his arm across his shoulder.

From there, he places his hand and fingers on the training partner’s face. To finish the whole technique, Paul simultaneously pushes the partner’s face and rotates his shoulder, as well as his body, to the side; breaking the Whizzer as a result.

Master one of the best scoring positions from the bottom, Half Guard, from one of the most technical instructors in grappling! 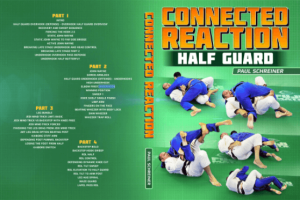