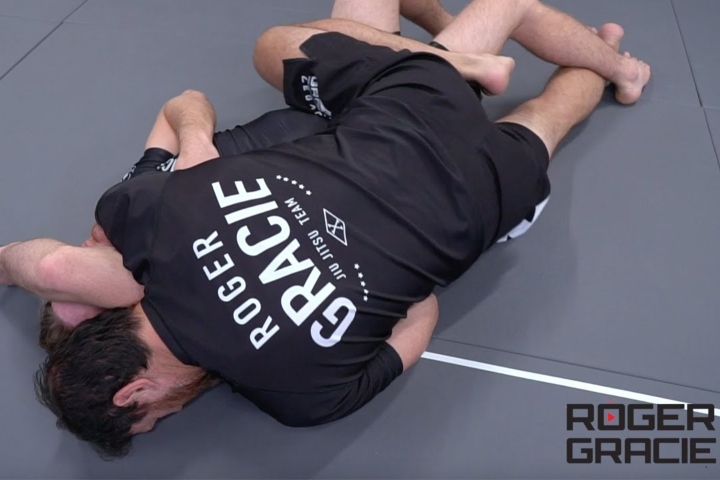 If you’re someone who enjoys taking the Mount and submitting people from there… Then you’re probably a fan of the Head & Arm Choke! However, you’ve also probably noticed that finishing this submission – and, indeed, sometimes even setting it up – can be a notoriously difficult task.
Luckily for you, Roger Gracie has just the right details for perfecting this technique.

Before he even starts setting up the Head & Arm Choke, Roger makes sure that he establishes a low Mount; as there’s a higher chance that his opponents will slip out and/or escape during this setup if he’s high on them.

When he proceeds to isolate the opponent’s arm, Roger doesn’t try to use strength to peel their elbow away from their torso. Instead, he places the top of his arm (his bicep) against the opponent’s forearm.
From there, he drives his arm forward, so that his elbow ends up higher than his shoulder is. By doing this yourself, you’ll be amazed by how much easier it is to isolate the other person’s arm.

Then, Roger slides his head down across the opponent’s arm, to “stick” it to their head. He doesn’t try to push the arm in that position, as this gives the other person ample space to get his arm back. Once he’s done that, he lowers his head even lower, trying to get it to the opponent’s armpit; this will ensure a tight submission.
To finish the submission, Roger lowers himself even further and only then transitions to the side he’s choking on. By shifting his hips into the opponent and bringing his knee to the opponent’s hips, as well as by applying the squeeze, he gets an inescapable Head & Arm Choke.

Roger demonstrates these fantastic details on the video below: