Roger Gracie On Which European Countries Have The Best Jiu-Jitsu 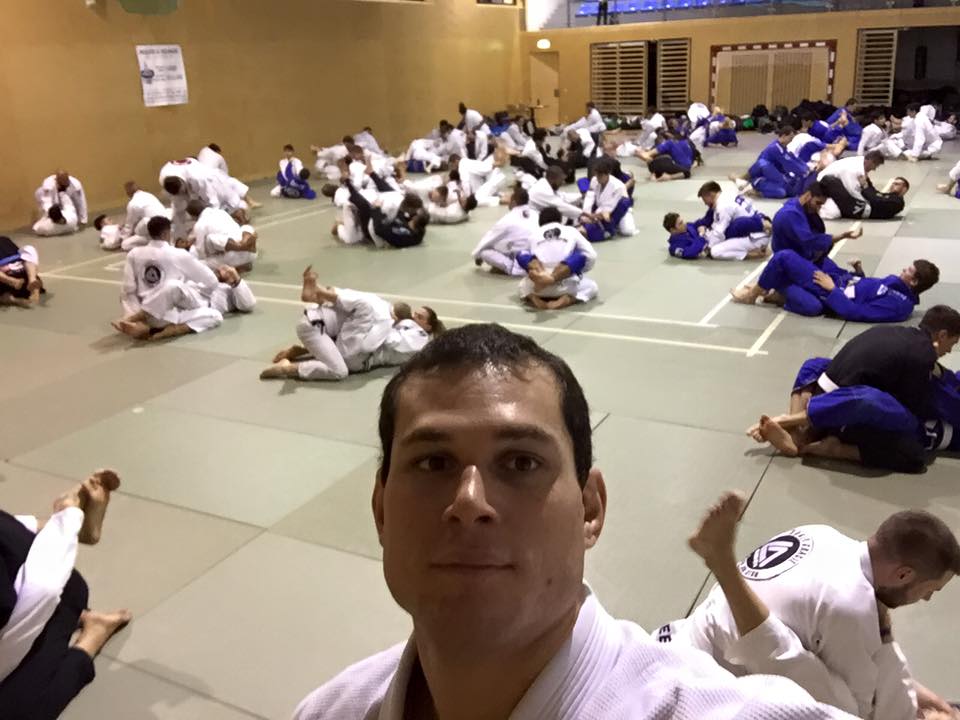 10x World BJJ Champion Roger Gracie is currently in Lisbon, Portugal where he is coaching his students that are competing at the IBJJF European BJJ Championship.

He was asked by Flograppling’s Hywel Teague to give his opinion on which countries dominate European BJJ nowadays:

In my opinion United Kingdom is the strongest in terms of number of academies and competitors. Then I would say Poland and then France of course which has a lot of academies. They have been there for a long time. Spain and Portugal are strong. Italy is still growing. North of Europe (Scandinabia), there are a lot of academies and they’re getting very very good.

BJJ in Europe has grown leaps and bounds since 1994 when the Netherland’s Remco Pardoel fought Royce Gracie in UFC 2. Pardoel started learning BJJ from that day on and even fought in the first Mundials in 1996 in the black belt division! In 1995, Rickson Gracie gave a major seminar in Paris. Over 400 guys came to work out with Rickson and this marked the beggining of BJJ in France and many countries in Europe. Find out more about this here .

BJJEE researched which were the countries with the biggest number of BJJ black belts. The list includes all nationals of that country (plus all all their nationals that live a broad), and all foreign nationals living in that country.

Compared to France (1995), The UK started relatively early in BJJ in 2001 with Chen Moraes then with Maurico Motta Gomes (Roger Gracie’s dad) but the sport grew much faster.

Poland is at number 3 in Europe with a staggering 159 black belts. BJJ is widely popular there. Read about The History, Success & Future Of Brazilian Jiu-Jitsu in Poland. Braulio Estima was asked to rate European Jiu-Jitsu a few years ago and he said that Polish BJJ was for sure among the best in Europe. “Second or third in Europe”

Sweden started in the mid to late 90’s and for a smallish country of 9,5 million inhabitants, 129 BJJ black belts proves how sucessful Swedish BJJ is.

Here are the top European countries: