Roger Gracie On How He Avoided Surgery During His Entire Career 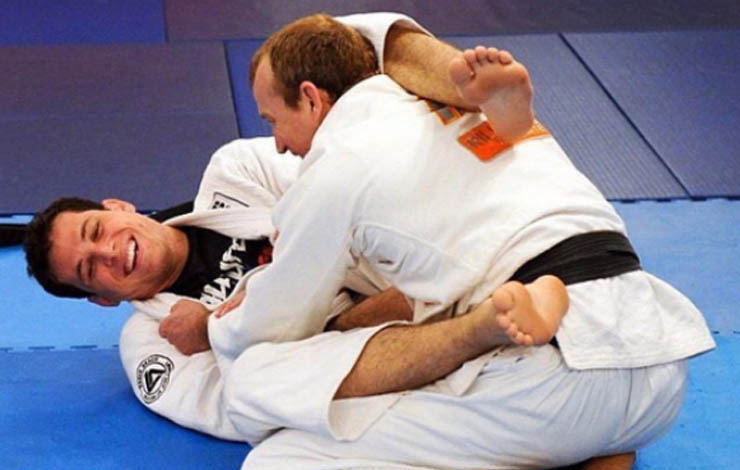 Roger Gracie may have just retired but it’s quite obvious he’s the best jiu-jitsu player on the Earth.

Last August, after having defeated current BJJ world champion Marcus Buchecha by submission, Roger Gracie anounced his retirement from BJJ competitions. He said that he would be focusing on his MMA career since he finished his BJJ one on an extremely high note. Now he has also decided to end his MMA career.

Roger Gracie has been training in BJJ his whole life and had to go through the whole grind of daily training. He also fought in MMA at the highest level and went through very tough training camps. Despite all of this, he never required any surgery. This is quite extraordinary as so many fellow high level grapplers have been operated on and also have serious injuries.

In this recent in depth interview with Graciemag, Roger revealed his secret for longevity in BJJ:

GRACIEMAG: What is the biggest lesson that your career teaches the BJJ community?

ROGER GRACIE: I think, one about the importance of constancy in training. There’s no way around it: if you wanna be good, you have to train hard — that is, with the toughest guys at your gym. They hardly get there who run away from the toughest rolls or refrain from facing the toughest opponents of their division at tournaments. But “training hard,” mind you, does not mean training to get wrecked. One must train with intelligence. I don’t believe in preparing for a challenge overnight.

I have friends who go a month without training, or even longer, and, when they have a fight scheduled, they try to make up for it by getting wrecked in training, reaching their limit. To me that shortens the athlete’s life, and harms them technically as well. I strive to train every day, for an hour, and I’m satisfied. Of course there are times you’re travelling, or need to be away, but four times a week is alright. Not to mention that, if I go more than a week without practicing BJJ, I can kill a man! [Laughs.] You get in a bad mood, nervous… When I go without training, the pain gets worse too — shoulder, knee… With this method of mine, of always training for an hour, my body has never complained, and I have never needed surgery.