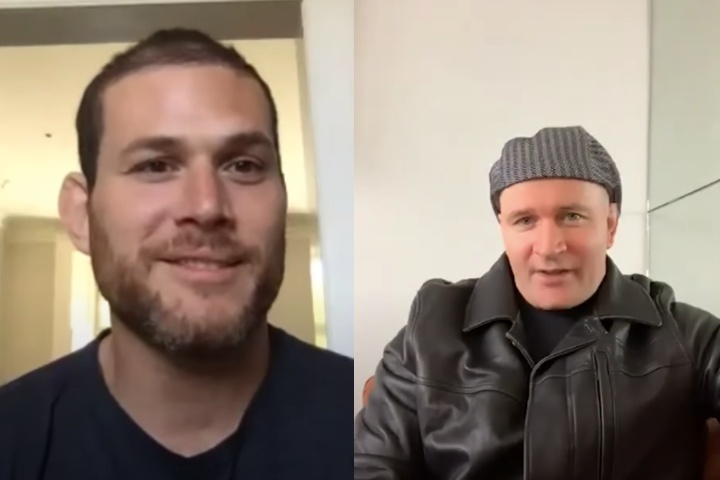 This is a incredible conversation between John Danaher, who is one of the best jiu jitsu coaches in the world, and Roger Gracie, the greatest champion in BJJ history.

These 2 Jiu-Jitsu legends cover topics such as Roger’s MMA career, the leg lock revolution and where Danaher sees future innovations within grappling.

Roger Gracie many feats in both grappling and MMA but he is also a self proclaimed perfectionist. This is apparently something that impressed Renzo Gracie’s resident mystic – John Danaher.

Given how rigorous Danaher’s sharp tone reads on his usual postings we’re quite surprised the veteran coach is gushing about another grappler, one that is not under his banner even – the great Roger Gracie: