Roger Gracie Details Battle with Coronavirus: ‘I Had High Fever For 8 Days & Pain in Lungs’ 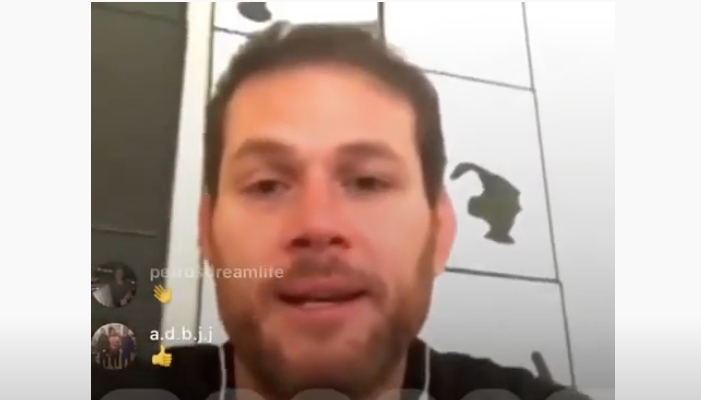 One of the biggest names in the history of competitive jiu-jitsu and former UFC fighter, Roger Gracie – living in London, England for years – was infected with the new coronavirus in March. And the 38-year-old athlete warns, in an interview with Combate.com : “It’s no joke”.

Roger Gracie has recovered, says that he started to feel the symptoms of COVID-19 in the last month, when the cough and high fever appeared. Shortness of breath, one of the strongest symptoms of the disease, appeared on just one of the ten days he became ill. He even got into the ambulance to be taken to the hospital, however, the doctors examined him and decided that it would be best for him to stay at home.

– I got the virus, I recovered two weeks ago. I was really bad in bed. It is good to speak, because many people have no idea exactly what it is, they think they will not be affected, that it will never reach them. I stayed in bed for ten days, with 40 degrees of fever and cough. I felt short of breath one day, thankfully it didn’t progress. I woke up at dawn with a racing heart, short of breath. I called the ambulance, even got into it. They did the tests, called the chief of medicine and thought it best for me to stay home.

– I was scared when it didn’t get better. On the eighth day I was worried, because I thought I was getting better, the fever went down. The next day, came back violently, I felt very weak, strange. Each person feels different. Most have a cold. My girlfriend also had it, stayed four days with 38 or 39 degrees of fever, weak, with body pain and it passed. My fever was 40 degrees. I coughed all the time, what destroys you is the fever, which goes.

He talked about his battle with Covid19 in his instagram live: