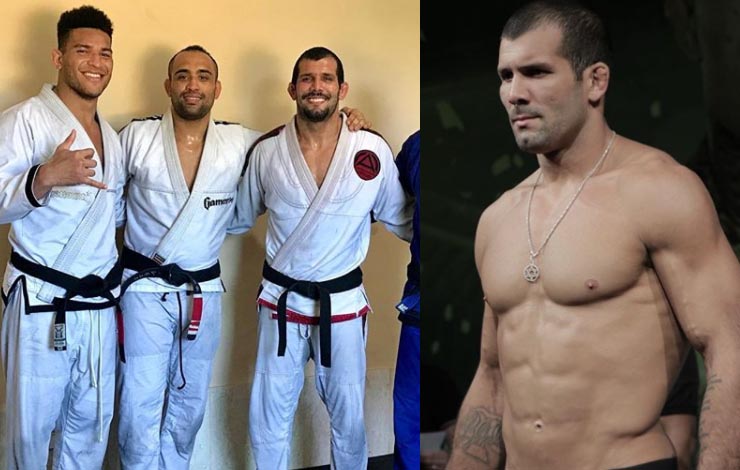 Vieira started out training at American Top Team alongside names such as UFC champions Tyron Woodley and Amanda Nunes, but he made his camp at Team Nogueira for the fight.

“I went to ATT because of Liborio, and he ended up leaving. Nothing was fairer than going out with him if he had left because of him. I have not yet had the opportunity to return to ATT, but I’m still going there and I’ll thank everyone in person. I was very well received by everyone. I will not forget what they did for me a little while ago, but I had to stay with Liborio, who was the guy I chose to be my coach, ” Vieira told combate

This time it was no fright, thank God everything came out as agreed. Actually, I wanted to finish, it’s not much for my wish to win by knockout, it’s not my forte, but I fit a very firm katagatame, he turned and defended, but I went to the back and finished the fight. He’s not a high-level guy in jiu-jitsu, but in MMA it’s dangerous, you can not belittle anyone. It was what I did, I entered with respect, but believing in my game and it worked. The kicks at first surprised me. I saw his fights, he tried to get into the right leg, but with the kicks I got smart and did not go in anyway. He wanted to knock down soon, because he knew he was going to accept the ground fight for being a jiu-jitsu and does guard well, I thought about knocking and getting up, but he started to kick and I had to stay smart. A wrong entry could catch my knee on my face,

– I did a good physical job, I worked hard ground and pound, which I did not do. When I fell over, I tried to adjust, then I remembered that I had to knock. I started beating, I’m very immature still in MMA, far from the level I want to be. My jiu-jitsu is still not the way I want it for MMA, my boxing is not talked about, but it’s a long-term job, let’s get there slowly, until I become a complete athlete, “he concluded.

After the bout Vieira guested on Combate and talked how he was preparing for the fight and adapting his bjj: