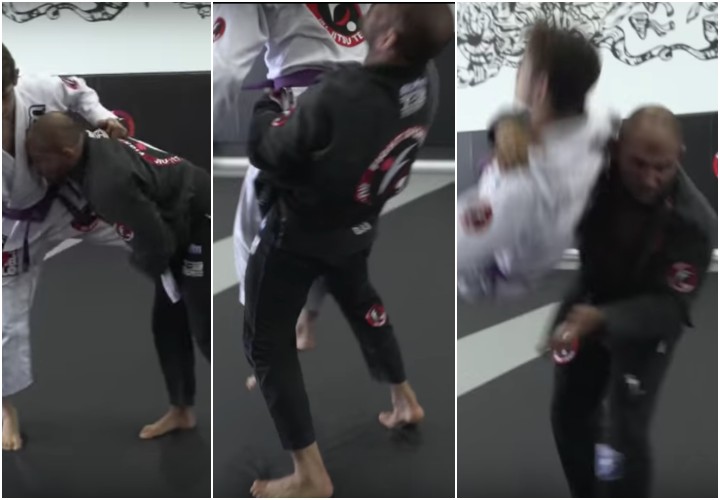 Suplex in Wrestling is Ura nage in Japanese terminology, meaning the rear throw. It is one of the original 40 throws of judo developed by Jigoro Kano. It’s classified as a rear sacrifice technique.

Many people feel this is a very advanced technique but it isn’t – it teaches a good solid body position throwing skills. That’s why it’s typically approached as basic. It’s a true throw and not just a takedown.

There are several setup options.

For instance the opponent tries to pull a harai goshi on you. In that case you would wait for them to come all the way in with their hips parallel to yours then you would sit down and buck. Danger with this setup is coming in too early which wouldn’t work if you’re facing a bigger opponent because it would be much harder to lift.

ADCC and world No Gi champion Roberto Cyborg Abreu is known for his suplex that he places it in almost every tournament wether Gi or No Gi.

Here he explains how he likes to set it up, starting from a single leg where he transitions to the back. Notice how he shifts his grips in the air.